It has been detected that two Africans who joined the caravan are suffering from malaria. 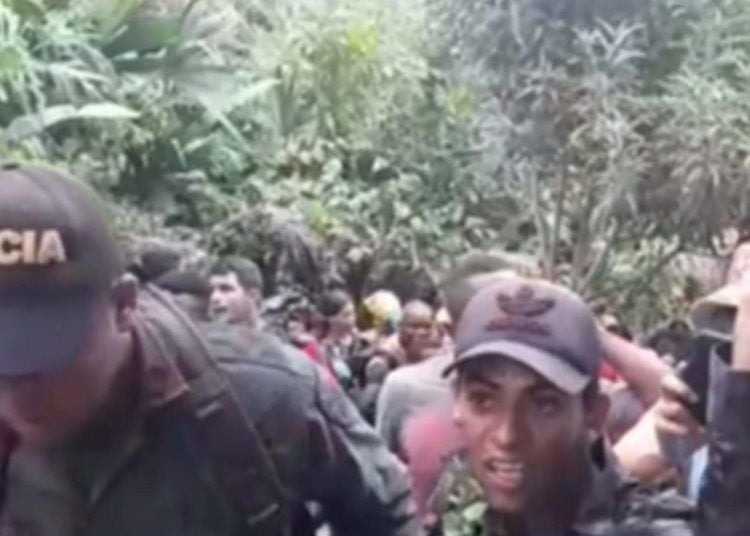 The group of migrants could exceed a thousand people. Photo: Video from Telemundo 51.

Hundreds of Cuban migrants seeking to reach the north of the American continent are stranded in the border area of ​​Panama, whose security authorities are meeting to deal with the matter, official sources told ACAN-EFE this Tuesday.

Local television Telemetro showed this Tuesday images of migrants who are in the border area with Colombia and are demanding that the Panamanian authorities let them pass to continue their journey to the north of the continent.

The Cubans, who could surpass the thousand according to journalistic sources, are in the localities of Puerto Obaldía, La Miel and Armigas, in the region of Guna Yala, on the border with Colombia.

Official sources consulted by ACAN-EFE assured that the security agencies were meeting this Tuesday to analyze the situation, and that it is expected they will issue a statement.

They added that personnel from the Ministry of Health and the National Immigration Service are also involved in measures to address the situation on the border.

Health Minister Miguel Mayo told local media this Tuesday that his office has doubled the human resources in Puerto Obaldía to provide medical care to 600 migrants who are there.

“People have to understand that we have to take care of them because they are human beings and by caring for and vaccinating them we also protect our population,” said the minister, and confirmed that so far two cases of malaria have been detected among the migrants.

Thousands of Cubans in transit to the United States were stranded between the end of 2015 and the first quarter of 2016 in Panama and Costa Rica, which managed to evacuate them through a special operation that had the support of Mexico.

The bottleneck in the countries of entry to Central America from the south of the continent occurred as a result of the decision of Nicaragua, in November 2015, to close its border.

However, thousands of illegal Caribbean migrants, as well as from African and Asian countries, continue arriving in Central America on their way to the United States with the help of networks of human traffickers.