The Mexican Secretariat of Health explained that the objective of the visit by the Cuban minister of the sector last June was to strengthen the ties of technical cooperation in health between the two countries, but did not include the signing of an agreement on a medical mission from the island in Mexican territory. 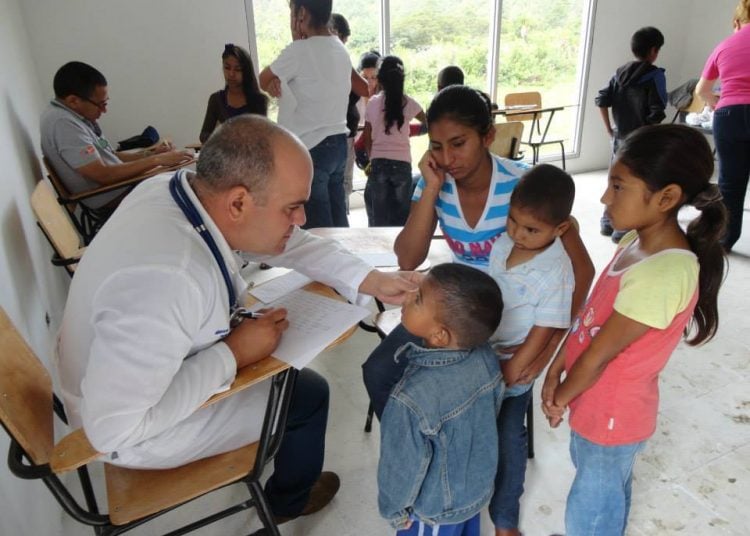 The Mexican Secretariat of Health rejected this Thursday that an agreement was signed with the Cuban authorities for the hiring of doctors who would give medical coverage in Mexican territory.

“It is completely false that an agreement has been signed with Cuban authorities for the hiring of doctors from that country,” the Secretariat of Health said in a bulletin in which it denied the information disclosed by a foreign portal and several Mexican media.

The information on the subject said that Cuban doctors would arrive in Mexico starting September as part of a cooperation agreement presumably signed by Cuban Minister of Public Health José Angel Portal with Mexican President Andrés Manuel López Obrador.

The Secretariat of Health explained that the visit of the Cuban minister, from June 25 to 28, was aimed at strengthening the ties of technical cooperation in health between the two countries.

“Regarding the signing of an agreement for the hiring of Cuban doctors in Mexican territory, it is false and has no support whatsoever,” reiterated the Secretariat of Health in its statement.

As part of the visit of the Cuban delegation, there were meetings with officials from the Secretariat of Health, the Mexican Institute of Social Security (IMSS), and the Coordinating Commission of the National Institutes of Health and High Specialty Hospitals (CCINSHAE).

Likewise, the Cubans met with the Federal Commission for Protection against Sanitary Risks (COFEPRIS), as well as with officials of the Institute of Security and Social Services of State Workers (ISSSTE).

The head of IMSS, Zoe Robledo, also denied the information that Cuban doctors would arrive in Mexico as part of a cooperation agreement between this institution in Mexico and the Cuban health authorities.

“This agreement is not part of the visit, much less the substitution by Cuban doctors in the IMSS,” said the director of this health institution.

Days ago, authorities in the city of Cuautla, in the Mexican state of Morelos, reported that doctors on the island would treat patients in that city as part of an exchange with the local medical community.

Then it was said that the “visit” of Cuban professionals was planned “for late September” and that it is part of a common agenda between Cuautla and the Cuban city of Matanzas, among which there is a Twinning Agreement that has just turned 20.

Last November Cuba withdrew from Brazil its more than 11,000 doctors accusing the elected president of that country, Jair Bolsonaro, of demanding “unacceptable” conditions for maintaining the agreement to provide medical services that provide significant revenue to the Cuban government.