Democrat Adam Gentle is a corruption attorney, member of the LGBTQ+ community, and a political rookie who calls himself a “commissioner and capitalist Democrat.” 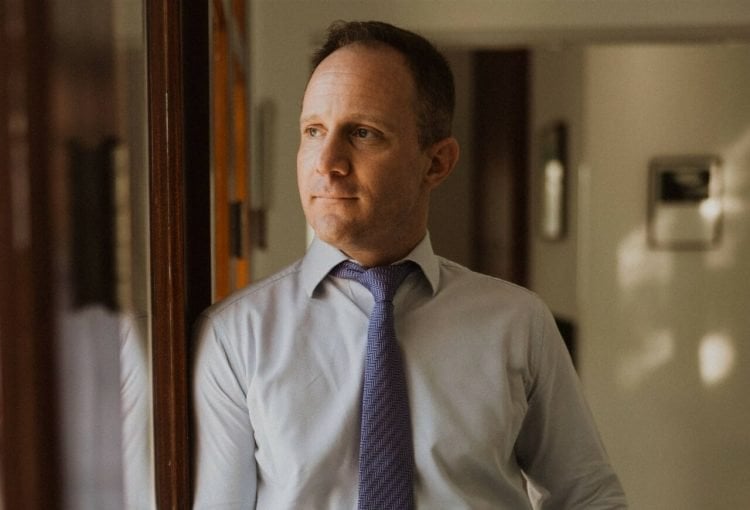 Cuban-American congressman Mario Díaz-Balart has come up with a competitor on the left who intends to conquer the seat in Washington that he has held since 2002.

In the last three election cycles, Díaz-Balart has automatically won without competition, but now, for the legislative elections of 2022, a lawyer from South Florida has just announced his run. This is the Democrat Adam Gentle, specialized in anti-corruption cases and a political rookie, who in his first statements has said that he is running because the Republican recently voted against the creation of a commission to investigate the assault on the Capitol encouraged by former President Donald Trump, whom the Cuban-American supported without reluctance during the four years of his mandate.

Gentle, who calls himself a “capitalist Democrat,” announced his candidacy for Florida’s 25th Congressional District in 2022, with a four-minute video ad featuring images of the Everglades and other parts of the district, along with images of the violent clashes outside the Capitol on January 6.

The congressional district he aspires to includes parts of Hendry and Collier Counties and Miami-Dade County, including the Hispanic-majority cities of Hialeah, Doral and Miami Lakes.

“We need a representation that does not step on our Constitution. You deserve to have a voice in Florida and Washington that hears you and listens to you and tells you the truth. We are going to end the nonsense,” said the Democratic candidate.

Gentle is originally from Michigan, studied at Columbia University in New York, and attended George Washington University School of Law in Washington.

If elected, Gentle, who says he supports “compassionate capitalism,” would be the first openly LGBTQ+ person elected to Congress by Florida. He filed his declaration of candidacy with the Federal Elections Commission on April 16, 2021. He lives with his husband in downtown Miami, outside the current 25th District boundaries, which is why he must change residence.

Díaz-Balart voted on January 6 to decertify election results in Pennsylvania and Arizona, noting “numerous reports of irregularities and last-minute changes that violated basic constitutional requirements” in various states, despite no credible evidence to show widespread irregularities or fraud demonstrated in the 2020 presidential elections.

Last week, the Cuban-American also voted against creating a commission to investigate the attack on the United States Capitol. Two other Miami Republicans, Representatives María Elvira Salazar and Carlos Giménez, both first-term members of the House of Representatives, broke ranks with other Florida Republicans and voted in favor of the initiative.

The bill, if approved by the Senate, would create an independent 10-member commission that would write proposals to secure the Capitol and create an official tally of the riots.

“This is an inflection point in our history; our failure to act now to address the causes of the Jan. 6th insurrection will lead this nation down the same path as Venezuela, Nicaragua and Cuba,” Gentle said. “I will not stand on the sidelines and watch elected officials repeat proven lies to further their corrupt scheme. They have tested our Constitution and the will of the American people. No mas.”

While Florida has won a seat in the United States House of Representatives during next year’s redistricting process, demographic experts expect fast-growing central Florida to benefit from a 28th Federal Congressional District.