The group demands that its works exhibited in the permanent and temporary exhibition rooms of the National Museum of Fine Arts “be covered in such a way as to prevent their communication with the public and that those that are not on exhibit also be withdrawn from the Museum’s website” while their demands are not met, including the release of opposition activist Luis Manuel Otero Alcántara, admitted for three weeks in a Havana hospital. 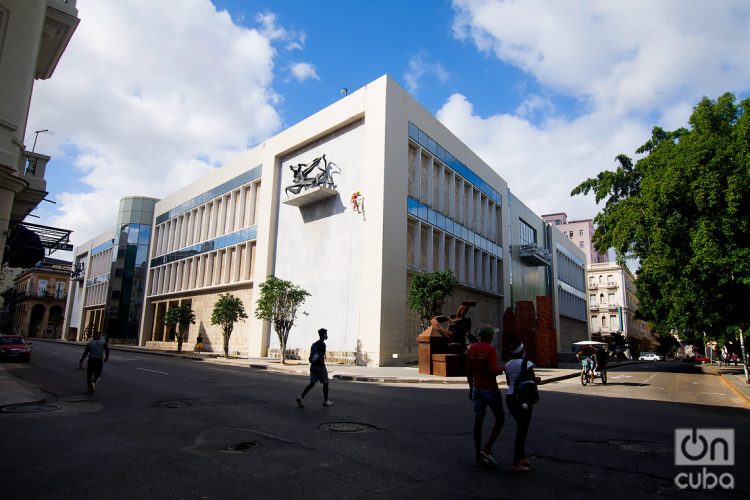 Renowned contemporary Cuban artists requested this Monday the withdrawal of their works from the Museum of Fine Arts in Havana in protest for the current situation of the also artist and opposition activist Luis Manuel Otero Alcántara, admitted and held incommunicado in a Havana hospital for three weeks.

The also opposition member Tania Bruguera—one of the leaders of the artists who demonstrated on November 27 in front of the Ministry of Culture—as well as Tomás Sánchez, Marco Castillo—former member of Los Carpinteros—, Jorge Luis Marrero, Sandra Ceballos, Celia-Yunior and Reynier Leyva Novo, presented the request in a letter they delivered by hand to the director of the National Museum of Fine Arts, Jorge Fernández Torres.

The group demands that its works exhibited in the permanent and temporary exhibition rooms of the National Museum of Fine Arts “be covered in such a way as to prevent their communication with the public and that those that are not on exhibit also be withdrawn from the Museum’s website” while their demands are not met.

These are the immediate release and return home of Luis Manuel Otero Alcántara—whom they consider “kidnapped” and not hospitalized for medical treatment—, the guarantee of his relatives’ access to check his health, and the elimination of the “police siege” to which, they say, the government subjects the artist.

“We decided to release it with six names and other artists are joining,” Tania Bruguera, known for her political-themed performances and for having participated in events at the Tate Modern in London and the Museum of Modern Art (MoMA) in New York, and who has denounced having been under house arrest in Havana for more than three months, told the Spanish agency EFE.

Bruguera affirmed that some of the signatories have good relations with the Museum of Fine Arts, so she hopes that its director “stands in defense of the artists, since the Ministry of Culture has not done so.”

Luis Manuel Otero Alcántara, 33, recently declared a “prisoner of conscience” by Amnesty International, was admitted to the Calixto García Hospital in Havana on May 2, after declaring himself on a week of hunger and thirst strike to, according to his demands, protest against police harassment and the destruction of several of his works.

After his admission, which his relatives and other opponents denounced as “forced,” the Cuban authorities affirmed that his vital signs and health indicators were fine and did not correspond to those of a person on a hunger strike. However, three weeks later he remains admitted without officially knowing the medical cause for his stay in the hospital.

Organizations, activists and close associates of the opponent have been demanding his release for days, considering that he is being held against his will in the hospital, which maintains a strong security system. According to them, Otero Alcántara is not allowed to make phone calls, use the internet or receive visits from his partner and friends.

Some videos and photos of him in the hospital published on social networks have sparked criticism and speculation, and have raised concerns about his physical and even mental state, without there being an official statement or opinion on his situation so far.

Until now, the Cuban state, its institutions and official media have accused critical artists, opposition activists and independent journalists of carrying out subversive activities financed by the United States, as part of a campaign to discredit and stage a “soft coup” against the government of the island, while the other part accuses the government of restricting freedom of expression and creation, and of silencing critical voices with repressive tactics.