Early signals from administration officials indicate that an internal debate is underway between those who favor returning to Obama’s policy, and those who would continue the policy of pressure. 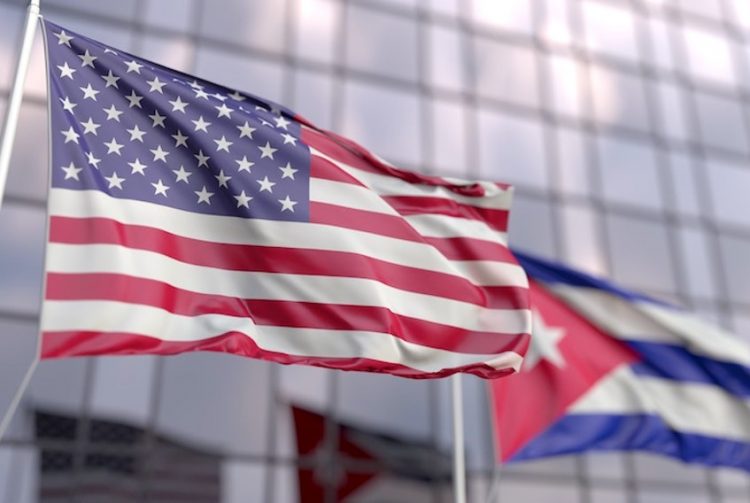 As President Joe Biden considers what to do about Cuba, he should resist the seductive delusion embraced by so many of his predecessors that just a little more U.S. pressure will bend Cuba’s communist regime to Washington’s will. Sixty years of history is evidence to the contrary.

This delusion has a long pedigree. As relations deteriorated in 1960, U.S. Ambassador Philip Bonsal made a pitch for one last attempt at reconciliation. The terse reply from his boss, Assistant Secretary of State Thomas Mann: “Our best bet is to wait for a successor regime.”

Washington has been waiting ever since. For decades, successive U.S. presidents have convinced themselves that Cuba is on the brink of collapse and tougher sanctions can push it over. Dwight Eisenhower thought that cutting off U.S. imports of Cuban sugar would roll back the revolution before the end of his term in office. John F. Kennedy thought the Bay of Pigs and the CIA’s secret war would do the trick. Lyndon Johnson hoped to strangle the Castro regime by recruiting Latin America and most of Europe to join the U.S. embargo. Richard Nixon turned a blind eye to terrorist attacks by Cuban exile groups, and Ronald Reagan ratcheted up economic sanctions and put Cuba on the terrorism list—all to no avail.

Despite repeated failures, Washington officials keep convincing themselves that the policy of pressure will work if we just keep at it. When the Soviet Union disintegrated, they were certain that Cuba would be the next communist domino. In August 1993, the CIA concluded, “There is a better than even chance that Fidel Castro’s government will fall within the next few years.” The obvious implication: there was no point in seeking reconciliation with an adversary about to collapse.

When the Cuban regime survived that depression, the rationale shifted: Fidel Castro was the linchpin holding the system together; when he died, the regime would die with him. In 2006, Fidel fell ill and transferred power to his brother Raúl Castro, leading Thomas Shannon, assistant secretary of state in George W. Bush’s administration, to predict the regime’s imminent end. “Authoritarian regimes are like helicopters. There are single fail point mechanisms,” he explained. “When an authoritarian leader disappears from an authoritarian regime, the authoritarian regime flounders…. That’s what we’re seeing at this moment.”

But the transition from Fidel to Raúl went smoothly, necessitating the invention of yet another rationale for U.S. policy—Venezuela. Cuba was supposedly so dependent on cheap oil from Venezuela that when the inept regime of Nicolás Maduro collapsed (as it surely would under U.S. pressure), the loss of oil would cripple the Cuban economy and bring down the regime. Yet despite a fifty percent decline in oil shipments over the past decade, the Cuban regime is still standing.

Barack Obama was the only president to say out loud what everyone else in the world has known for years—the policy of hostility is an emperor with no clothes. In announcing his new policy of engagement on December 17, 2014, Obama called the old policy, “an outdated approach that, for decades, has failed to advance our interests.”

Supporters of U.S. sanctions are never at a loss for creativity, however. They denounced Obama’s policy for failing to bring democracy to Cuba in the two years before President Donald Trump repudiated it, while celebrating the resumption of sanctions that have failed for sixty years. Their rationale: Cuba is (again) on the brink of collapse. Supposedly, the economic impact of the Covid-19 pandemic and the retirement of Raúl Castro (who turned out to be a much more effective leader than U.S. pundits predicted) are the one-two punch that will finally knock out communism in Cuba. If the past is any guide, the odds on this are not good.

President Joe Biden supported Obama’s opening to Cuba and promised during the 2020 campaign to resume engagement. But early signals from administration officials indicate that an internal debate is underway between those who favor returning to Obama’s policy, and those who would continue the policy of pressure, leaving many of Trump’s sanctions in place. There may be domestic political gains to be had by maintaining the status quo, but no one should pretend it will produce anything positive as foreign policy. Meanwhile, the Cuban people are the ones suffering its effects, not the Cuban government.

An effective Cuba policy requires a realist mindset that recognizes, once and for all, Washington’s inability to impose its will on Cuba. Policymakers need to give up the illusion that sanctions will produce victory, and get about the hard work of engaging with a regime that we may not like, but that is not going away any time soon.

Note: This text was originally published by The National Interest and is being reproduced here with the permission of its publishers.

William M. LeoGrande is Professor of Government at American University in Washington, DC, and co-author with Peter Kornbluh of Back Channel to Cuba: The Hidden History of Negotiations between Washington and Havana (University of North Carolina Press, 2015).