Dr. Francisco Durán said that the measures have been taken taking into account and given the appearance of infections in the community, after the arrival of travelers, mostly Cubans, who are responsible for the imported infections. 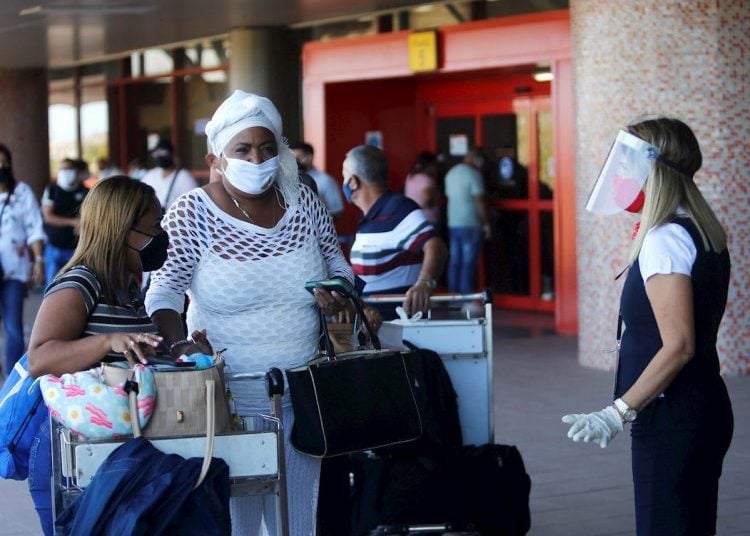 Travelers on the outskirts of the Havana airport, after the restart of regular operations on November 15, 2020. Photo: Yander Zamora/EFE.

The cost of transportation assumed by travelers and stays of seven days in the province of arrival are, in essence, the measures that the Cuban government will apply as of June 5 due to the increase in imported cases in recent weeks, as announced by Dr. Francisco Durán in his daily press conference.

Those arriving through the airports of Ciego de Ávila or Varadero must wait at least seven days in isolation before continuing to travel to their destination provinces. That time will be spent in tourist facilities enabled for these purposes and whose charges will be in freely convertible currency and will include, in addition to accommodation, transportation from the airport to said facility.

However, they will also have to pay for the cost of transportation to the destination, for which they will have to abide by the offers of the hotel facility, according to the national director of Passenger Transportation of the Ministry of Transportation, Luis Ladrón de Guevara.

Return will only be possible after a negative PCR result is notified on the seventh day.

Meanwhile, those arriving through the airports of Havana or Santiago de Cuba will assume in national currency the cost of transportation to the isolation center and, then, to the province to which they are going.

These passengers will be charged for excess luggage, while the stay in the isolation centers will be free.

The increase in imported cases in recent weeks is mainly due to Cuban travelers and the country from which they arrive, for the most part, is Russia.

In his daily press conference, Dr. Durán said that the measures have been taken taking into account and given the appearance of infections in the community after the arrival of these travelers.

The national director of Epidemiology of the Ministry of Public Health (MINSAP) also stressed that the protocol is maintained after arrival, among which is the performance of a PCR test on the sixth day of arrival in the country.