The two computer programs developed by the University of Informatics Sciences (UCI) and the Enterprise for the Development of Applications, Technologies and DATYS Systems, have already been tested with “satisfactory results” in pilot tests. For next January 27 and 28, a dynamic test of the consultation is planned. 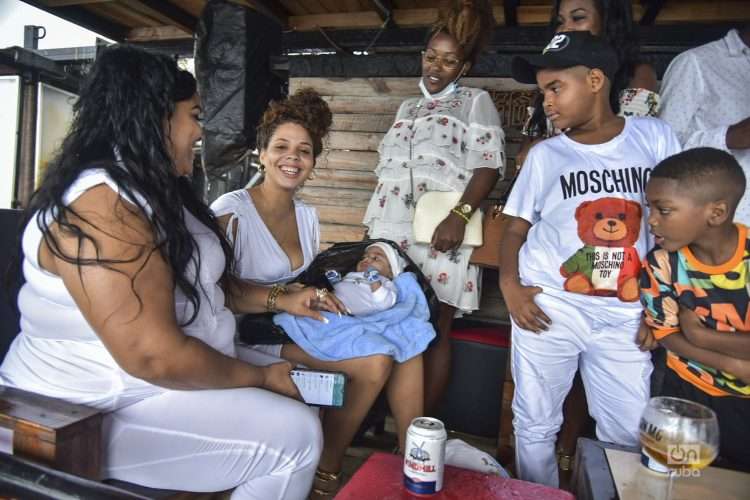 Two software programs and an application designed by Cuban entities will be used during the popular consultation process that will take place between February and April, as a preliminary step for the possible approval of the bill of the new Family Code.

They are the XISCOP and GEMA-CEN computer systems, created by the University of Informatics Sciences (UCI) and the Enterprise for the Development of Applications, Technologies and DATYS Systems, respectively, according to a dispatch from the Agencia Cubana de Noticias (ACN) news agency, which does not give details about their functions.

As Alina Balseiro Gutiérrez, president of the National Electoral Council (CEN), commented this Tuesday at a press conference, pilot tests have been carried out with both programs with “satisfactory results.” The official also announced that the UCI also developed the Popular Consultation application, which will contribute to “the preparation of voters, prior participation in their meeting points,” the report indicated.

These technological innovations will be calibrated again on January 27 and 28, when a dynamic test of the consultation will be carried out with the participation of constituency electoral commissions, previously selected in the municipalities.

Balceiro Gutiérrez, quoted by the ACN, assured that “the conditions are created” to hold the consultation, and explained that to date more than 78,000 meeting points have been established in the country, at the rate of 150 voters on average.

In addition, she explained that 12,513 constituency electoral commissions and 109 special ones of the Armed Forces and the Ministry of Foreign Affairs (MINREX) were constituted, the latter established in Cuban consular offices and embassies located outside the country, which will carry out the consultation in March.

The head of the CEN pointed out that around 900,000 people should participate in the organization of the popular consultation of the Family Code bill, in its version 24, and among them she highlighted the identification of about 1,500 supervisors and more than 27,000 collaborators throughout the national territory, who will have the mission of “guaranteeing transparency and control” in this exercise of citizen participation.

The official confirmed that a national meeting will take place from January 23 to 26, with the participation of representatives from the different territories, in which the conditions for declaring the island ready to hold the consultation meetings as of February will be verified.

According to the ACN, the culmination of the process of submitting the proposals to the National Assembly for their processing and consolidation is expected in May, and before that there will be two information cuts.

For its part, the CEN has instructed the electoral authorities of each territory to adopt “all corresponding measures” to carry out the popular consultation safely, taking into account the epidemiological situation that Cuba is facing due to COVID-19.

The Family Code is, among the 70 regulations that must be approved or updated as a result of the new Constitution, the only one that must be submitted to a popular referendum before becoming law. This issue provoked disagreement among people and sectors on the island, such as the LGBTI community, who disagree that the rights of minority groups within society have to be endorsed by the majority of the country’s population.

Meanwhile, other sectors, especially linked to religious practices and beliefs, are opposed to the new proposal becoming law, since it would open the door to a future approval of same-sex marriage, by not defining in its letter a unique composition of the Cuban family.