The drafts of the future Food Sovereignty and Security and Personal Data Protection laws will be presented to the National Assembly of People’s Power for analysis and discussion, before being endorsed. 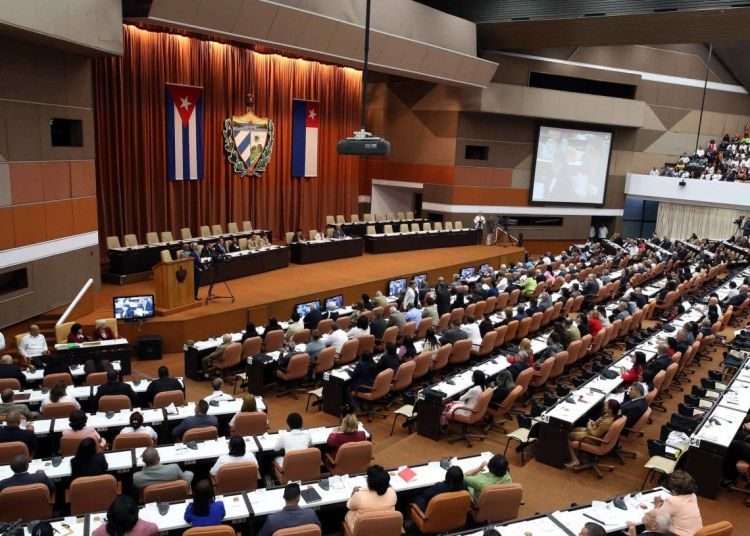 The bills on Food Sovereignty and Security, and on the Protection of Personal Data, were analyzed and approved by the Council of State of the Republic of Cuba during its session this Tuesday, according to official media reports on the island.

According to what was published by the official newspaper Granma, said government body agreed that the parliamentarians analyze and discuss both texts in the next session of the  National Assembly of People’s Power (ANPP) and that, as has happened with previous bills, they be published on the website for study and enrichment with the criteria issued.

The draft of the Law on Food Sovereignty and Food and Nutritional Security establishes the general legal framework to “achieve food sovereignty and strengthen food and nutritional security based on the protection of the right of every person to healthy and adequate food.”

In addition, it regulates the organization of “sovereign and sustainable local food systems that articulate the production, transformation, marketing and consumption of food in an intersectoral and interinstitutional way,” the media outlet pointed out.

For its part, the Personal Data Protection bill seeks to “guarantee the right of people to the protection of their personal data; to regulate the use and treatment of these by public and private persons or entities, as well as public information; and contribute to the promotion, encouragement and dissemination of a culture on its protection in society.”

The two documents, now on their way to parliament, are expected to become laws during 2022 according to the legislative schedule approved by the ANPP at its session at the end of last year, and which includes another 25 future laws.

According to Parliament President Esteban Lazo Hernández, the 2022 legislative agenda will be the most intense compared to previous stages, since what was approved in 2021 by the ANPP will be followed up on essential issues for economic and social development.

Among its projections is the approval of the new Penal Code and the Family Code, the latter at the gates of a process of popular consultation and prior referendum, as established by the Constitution of the Republic.

The fact that the Family Code is the only one, among the nearly 70 regulations that must be approved or updated as a result of the new Constitution, that must be submitted to a popular referendum before becoming law has caused disagreement in sectors such as the LGBTI community, in disagreement that the rights of minority groups have to be endorsed by the majority of the country’s population.

Meanwhile, other sectors, especially linked to religious practices and beliefs, are opposed to the new proposal becoming law, since it would open the door to a future approval of marriage between people of the same sex, since it does not define in its letter a unique composition of the Cuban family.