Two contrasting visions in the battle for the control of Congress and State governorships. 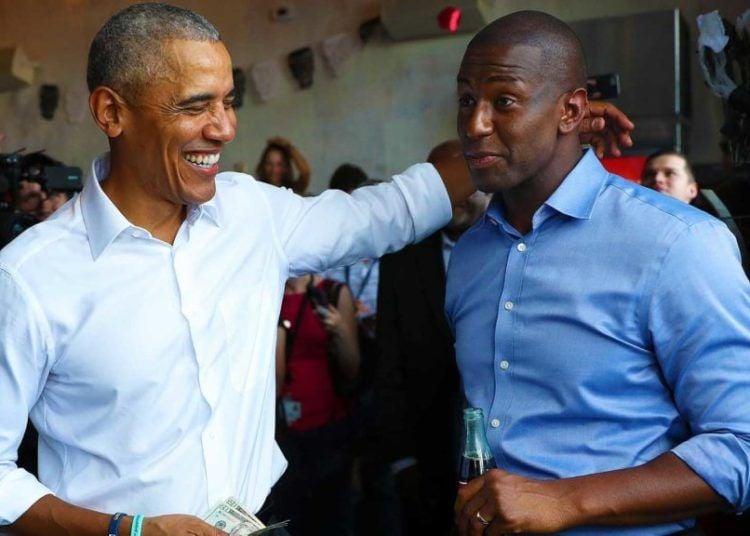 Leaving aside his usual reluctance to speak in public, former President Barack Obama expressed on Sunday – in his final defense of the Democratic candidates – the need to apply a strong control over President Donald Trump’s policies in the mid-term elections, to be held this Tuesday.

Obama was traveling to Gary, Indiana, to support Senator Joe Donnelly, who is facing a strong challenge by businessman Mike Braun. Later he was returning to Chicago to campaign for businessman J.B. Pritzker, Democratic candidate for governor of Illinois.

After abstaining for months from openly confronting Trump, who is trying to dismantle everything he had done, Obama has come to the fore in recent months, accusing the president – although not by name – of lying and “exploiting fear” and warning the Democrats to not let themselves be distracted.

Trump has counterattacked, accusing Obama of leaving a trail of broken promises in regards to trade, economic recovery and health.

The presidential mid-term elections could have drastic consequences for the rest of Trump’s presidency. The Republicans run the risk of losing the majority in the House of Representatives.

In the final stretch, this Monday Trump is visiting Ohio, Indiana and Missouri.

His plan for the Tuesday election day is to give interviews from the White House to the local media to encourage people to vote and later wait there for the results.

A glance at Sunday’s campaign activities:

The White House rejected the affirmations that Trump’s recent measures to insure the southern border of the United States were motivated by the upcoming elections.

In an interview on CBS network’s “Face the Nation,” Secretary of State Mike Pompeo said that the president’s steps had nothing to do with the electoral policy.

Pompeo said he had been involved in dozens of conversations about how to stop the illegal immigration from Mexico and that there has never been a discussion about the political impact on U.S. domestic policy, adding that they had always tried to protect the security of the U.S. people and the southern border.

Trump is sending up to 15,000 soldiers to the border to ward off a caravan of immigrants that is slowly traveling through the south of Mexico, hundreds of kilometers from the border. Trump has also announced plans to try to put an end to the constitutionally protected right of citizenship by birth for all the children born in the United States.

Challenges in the Senate

The Republicans predicted they will maintain the majority of the seats in the Senate, despite the fact that the party of a president in his first term usually has difficulties in the mid-term elections. The Democrats are defending 10 seats in the Senate in the states where Trump won in 2016.

Arguing that the voters will give the Republicans the majority, she said that they have a record of results and the Democrats have a past of resistance and obstruction.

Senator Mark Warner, Democrat for Virginia, said that even if the voters are motivated by a strong economy, many people are aware that it is necessary to control the president. Senator Chris Van Hollen, Democrat for the state of Maryland, said that the party still has a very narrow road toward a majority in the Senate despite facing the Senate’s most difficult political map in 60 years.