The isthmus country has detected a niche of growing profits and is expecting “thousands and thousands” of Cubans. 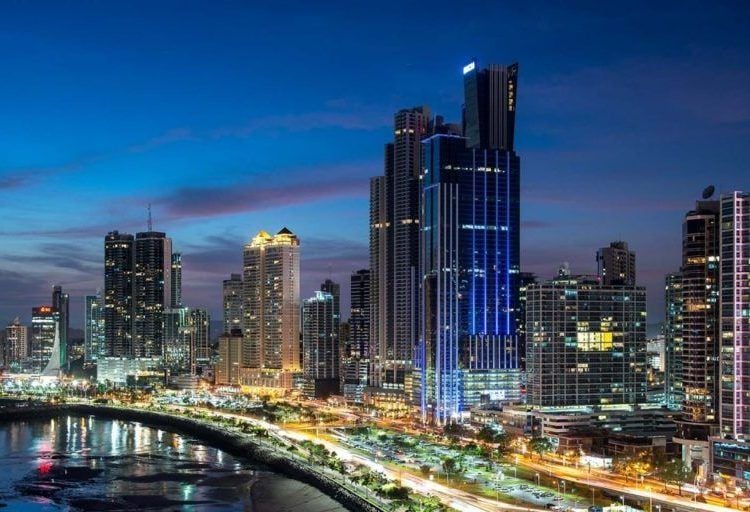 Hundreds of Cubans are forming lines every day in front of the Panamanian embassy in Havana. They are there to get a shopping card, special for the self-employed and independent workers, which will allow them to take their few or many savings in dollars to Panama and bring back to the island the necessary “shoddy goods” to get supplies of anything: of whatever there is a shortage of in Cuba.

It’s a great deal for everybody: Panama stays with the hard currency, the airlines and authorized agencies benefit from selling tickets, the Cuban customs amasses its thousands of pesos or convertible pesos on import taxes – including the corruption, always present -, and the parallel, deregulated domestic market grows and grows…. And the State continues depending.

In Panama, tax-free purchases can be made at extraordinarily lower prices than in Cuba and in a fully stocked market, which is why these facilities that the Panamanian authorities put into effect starting last September 22 and which the Cuban authorities have received with a rictus of satisfaction, will encourage more the growth of a non-authorized, but allowed, domestic market.

These thousands and thousands of Cubans who the Panamanian authorities expect to receive in the merchandise-saturated establishments, will carry home inputs for their businesses, the supply of household electric equipment, objects for personal consumption and cubic meters of “trinkets” that we Cubans need and yearn to have: from clothes and footwear to furniture for the home, food and toiletries. Small and big things that are not easily found on the shelves of the supermarkets and shops selling in CUC.

Let’s not fool ourselves: no machinery, spare parts or productive technology will be coming into the country.

It’s a perfect absurd based on the Panamanian wit and on the sustained laziness of the Cuban authorities to recognize – and consequentially act on -, the need to encourage a domestic market, regulated in favor of vendors and buyers, so the hard currency stays in Cuba, feeding back our economy.

“Panama had not visualized Cuba’s market. I believe that no country visualizes it because it is not promoted, but for a short time now it has been growing and generating an important economic impact,” Panamanian Minister of Tourism Gustavo Him said to EFE.

How skillful of the Panamanians. Why doesn’t our government visualize, as Panama did, Cuba’s market?

There are thousands of persons in Cuba, and their relatives: that is, millions, in conditions to contribute work, financial capital and talent. Millions who could help supply (if they are allowed to make wholesale imports) a domestic market where hard currency circulates among all actors, including the State, so that it can also increase its coffers and meet its obligations and purposes of social redistribution and of the financing of the economy’s basic productive sectors.

A considerable part of the dollars and euros that Cubans obtain directly, without the State’s intermediation, come from the sale of services to tourists throughout the island and remittances from abroad. None of those two have access to fresh money sources is going to stop; it could even grow in the short and midterm. But it’s money that with that “little aid” that Panama gives us will hopelessly take flight. And every time increasingly more.

“We have made an exchange with Germany, Canada, Cuba, Spain, France, which every time visit us more, while those from Colombia and Venezuela have decreased because of economic and political reasons,” said the Panamanian minister.

These Cuban individuals, who are being treated as great buyers by Panama, will not be able, however, to associate themselves to enterprises to join resources and increase their dollars’ yields. Thus those who have the permits as self-employed are obliged to travel themselves to purchase what they need.  For centuries the commerce activity has required a minimum of specialization. It is a known fact.

In 2017 “we were visited by more than 40,000 Cubans, this year we are expecting more than 60,000. Just imagine what is going to happen with that card,” the general manager of the Colón Duty Free Zone (ZLC), Manuel Grimaldo, also said to EFE, and he added that “we are going to open a window to all those common Cubans,” and that “what’s important is that they shop, stay a few days and spend on hotels and food.”

The Panamanian enthusiasm is legit, but it is still saddening when thinking of the Cuban state.

Up to here I haven’t said anything that isn’t known, that hasn’t been said before, that is not being said in the street by Cubans of all ages and virtues, for years, as a way of complaining or suggesting. However, once again, the king is left uncovered, confirming a missile-resistant obstinacy.

A socialist ideology is not defended by allowing the factors of the savage international market take away the right of the new Cuban economic actors – and their families – to get the biggest possible yield out of their resources, which in the majority of the cases are very limited. (We shall see how many of those who will travel to Panama in the next months will have to spend the rest to buy tickets.)

You betray your principles when not defending the principle that the benefits of our economic activity be sent, privileged, to our own country, to thus give it sense, really and not in speeches, to the nationalist and sovereign matrix of the economic model that is wanted to be (re)built in Cuba.