Spanish businesspeople on the island also expect the president’s visit will help resolve the Cuban government’s debts, estimated at close to 300 million euros. 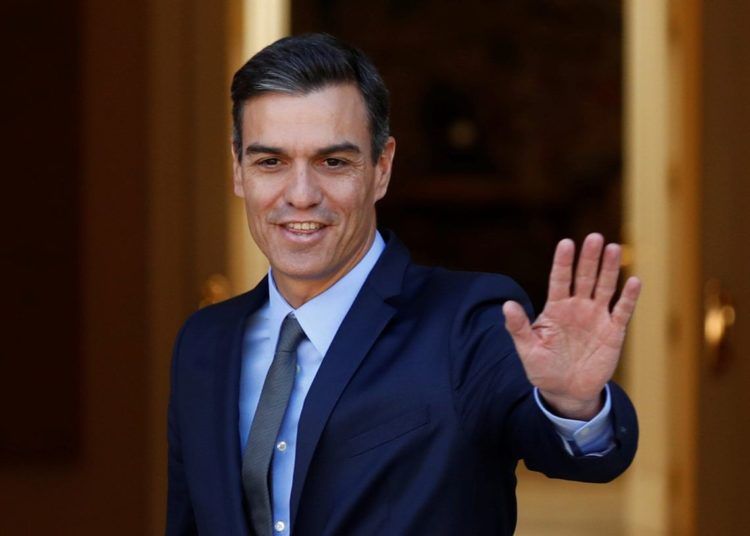 This week’s visit to Cuba of President Pedro Sánchez comes at a time in which Spain is seeking to enhance its investments on the island, immersed in a slow process of economic opening, and to give a definitive boost to the growing bilateral trade.

“I have no doubt that the president will devote an important part of his time to economic and commercial affairs” during his stay in Havana this Thursday and Friday, the counselor of Spain’s Commercial Office in Cuba, Federico Ferrer, said to the EFE news agency.

Sánchez’ trip to Havana has generated high expectations since it will be the first official visit by a Spanish head of government in 32 years – ever since Felipe González in 1986 – to a country with which Spain maintains strong historic, family and also economic and commercial links.

For the time being little is known about the president’s agenda in Havana. He will be accompanied by a Spanish business delegation made up to a great extent by companies with businesses in Cuba or that are interested in entering the island’s market.

Spanish exports to Cuba reached 912.12 million euros between September 2017 and August 2018, a 5.7% year-on-year increase, and the European country’s surplus regarding the Caribbean island expanded 14% to 791.61 million euros.

Spain, in addition, is on the way to consolidating itself as Cuba’s second largest trade partner before Venezuela and behind the first, China, which in the opinion of the counselor reflects the “buoyant” situation of bilateral trade.

Ferrer explained that the sale of Spanish products in Cuba are relevant “not just because of the volume but also their composition, since they include the majority of the economic sectors,” from foodstuff to electric material, machinery or hotel equipment, contributing “in a very important way to the advance of the Cuban economy.”

Pedro Sánchez’ visit also comes at a time in which Cuba is seeking to attract foreign direct investment to mitigate its crisis due to lack of hard currency, attributed to the inefficiency of its economic system and the effects of the embargo imposed by the United States for almost 60 years.

“The issue of the investments is marching a bit slowly and is one of the things that the presidential visit can contribute to improving and speeding up,” the president of the Association of Spanish Businesspeople in Cuba (AEEC), Xulio Fontecha, affirmed to EFE.

Fontecha expressed his optimism when underlining that “the legislation Cuba needs to advance in investments is already in place” and Spain is in a privileged position to take advantage of this, especially in the tourist sector where it covers – in a joint management regimen – more than 70% of the hotel market, in the hands of giants like Meliá, Iberostar, Globalia or NH.

“We need a bit more of a boost, speed, for those investments to arrive rapidly. There are Spanish investments on the waiting list, since the process is still very slow,” the representative of the Spanish businesspeople regrets, and he trusts that Sánchez’ visit will serve to favor a speeding up of the paperwork and procedures.

Spain has a consolidated business fabric on the island, with some 250 companies associated to the AEEC, although the immense majority are not large corporations but rather small and medium enterprises which at the moment are going through a delicate situation since their Cuban government counterparts owe them close to 300 million euros.

Fontecha affirms that “the situation is a bit concerning” although “at the same time of great expectation and hope, because we know that these crises are usually temporary and that Cuba always meets its payment obligations.”

The Spanish businesspeople have passed on to their government this concern and they hope that Pedro Sánchez asks the Cuban authorities to try to speed up the payments or seek a solution, since many of the affected have invested their personal patrimony on the island and could run the risk of bankruptcy.

“Evidently a president doesn’t come to collects debts, but he does come to contribute to better relations, for a fluency, for us Spanish businesspeople to be considered in a preferential way,” the president of the AEEC said.