Those who conserve Cuban citizenship and enter the country at some time during the 24 months subsequent to their last exit from the country continue being legal residents in Cuba. 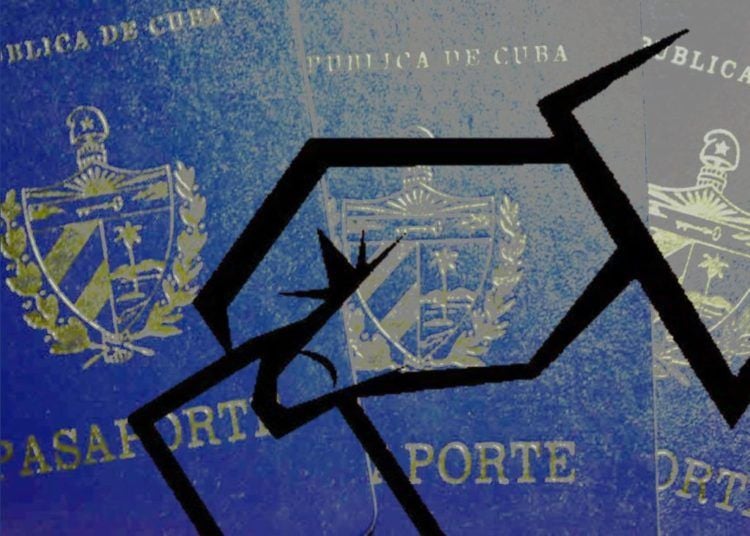 Last August, Ernesto Soberón, director of Consular Affairs and Cuban Residents Abroad (DACRE) of the Cuban Foreign Ministry answered the question: “Will Cubans residing abroad be able to vote in the referendum?” as follows: “The Cuban Electoral Law is clear in terms of those who have the right to vote, which establishes as requisite being a permanent resident in the county for a period of no less than two (2) years. That has not changed. We will create the conditions so that all the nationals who are abroad and comply with the requirements established by the Law and the Constitution can travel to Cuba and vote.”
I partly agree with that opinion.

However, Decree-Law No. 302 of 2012 (Modifier of Law No. 1312, “Law on Migration,” from September 20, 1976) establishes the following: “Article 9.2: It is considered that a Cuban citizen has emigrated when he travels abroad for personal matters and uninterruptedly stays for a period of more than 24 months without the corresponding authorization, as well as when he resides abroad without complying with the migration regulations in force.”
Thus, those who conserve Cuban citizenship and enter the country at some time during the 24 months subsequent to their exit from the country, continue being legal residents in Cuba, no matter if they reside in another country, or even if they have acquired another citizenship.

At the same time, the Electoral Law regulates in its Article 4: “Each citizen, with the legal capacity for it, has the right to ‘vote in the referendums that are convened.’” The same regulation establishes: “Article 164: The National Electoral Committee, in coordination with the Ministry of Foreign Relations, has what is necessary to guarantee the exercise of the vote by the voters who are outside the national territory on the day the referendum is held.”
In his statement, Ernesto Soberón referred to the elections, be they general or partial. However, the Electoral Law contains a specific section for the referendum. The director of the DACRE did not refer to that section.

I have a doubt concerning this:
A Cuban citizen, also a legal resident in Cuba (for not having exceeded the 24 months of continued stay outside the country), who has not been legally deprived, and with the due process, of his voting rights, could demand “guaranteeing the exercise of the vote by the voters who are outside national territory on the day in which the referendum is held”?

Under the legislation in force, the public hasn’t been informed (that I know of) about cases like the following: that a Cuban citizen residing in another country, but who is also a resident in Cuba, being in the country has been prevented from voting in the elections for municipal or provincial delegates, or for deputies to the National Assembly, after having been demanded notification about residing in the country, permanently, for a period of no less than two (2) years.

Then I summarize what I have said before asking the last two questions.
1. I’m referring to Cuban residents who the DL 302 authorizes to have legal residence in the country.
2. I’m commenting on the referendum to which the Draft of the New Constitution is currently undergoing popular debate, and to whose consultation the Cuban residents abroad have been invited.
3. I’m not speaking about regular elections for the state system of People’s Power. I’m referring to the case expressly contained in Article 164 of the Electoral Law: the plebiscite or referendum. (The current regulation does not distinguish between both.)
4. I affirm I don’t know (and I will humbly be grateful for documented information on the contrary) of any regulation in force that establishes the required documentation to prove the uninterrupted residence for two years as an indispensable requisite to be able to vote. I recognize that I don’t know who issues said documentation, who demands it, where to ask, and to whom the demand is made in case of problems related to this information.
5. I am saying, that I know of, that that type of documentation hasn’t been demanded since 2012 (the year in which the DL No. 302 was enacted).

Therefore, I ask myself two things:
I. According to the legislation in force in Cuba until now: can all those who are citizens and meet the requisites of the DL 302 for legal residents in Cuba vote in the referendum, in Cuban embassies and consulates abroad?

II. To the contrary (according to what Ernesto Soberón affirmed), and always referring to citizens with legal residence in Cuba: which state authority certifies, and through which type of documentation, the impossibility of voting for not meeting the requisite of the two years of uninterrupted residence in Cuba, even when the demands of the DL 302 to be a legal resident in Cuba are complied with?