The city hall closed South Pointe Park, at the entrance to the port of Miami, until further notice, after almost 9,000 people violated the compulsory use of facemasks and maintaining the social distance of 6 feet. 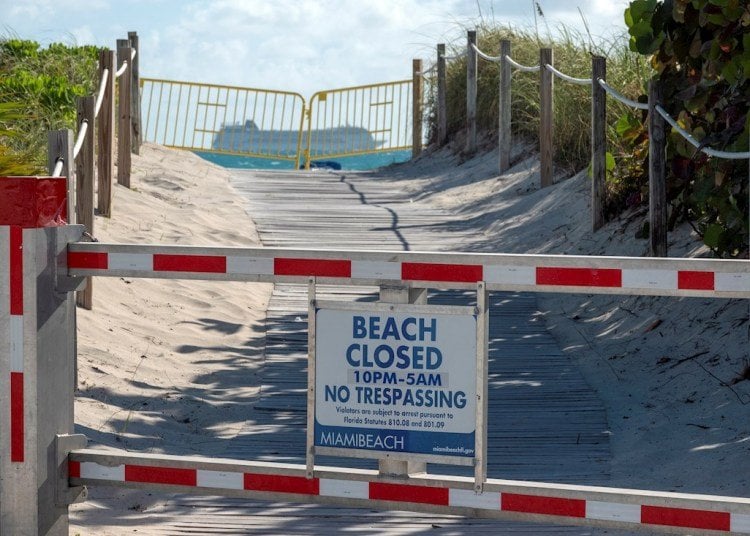 Miami-Beach beaches are still closed due to the coronavirus. Photo: Cristóbal Herrera/EFE.

Five days after reopening a beach park in South Miami Beach, the city hall closed it again to the public because thousands of people did not use facemasks or refused to comply with the compulsory social distance of 6 feet to avoid contracting the COVID-19, known as coronavirus.

The public park is called South Pointe Park and is located at the westernmost point of the city, just at the entrance to the port of Miami. The mayor’s office determined its closure at the beginning of the afternoon of this Monday until further notice. The beach is still closed, even though Miami Dade County authorized the opening of some beaches. People can circulate keeping the prudential distance through the small walks that separate the streets from the sand.

During the five days it was open, park rangers issued 8,880 warnings for not using facemasks, compared to the 1,551 in the rest of the city. They also issued 511 warnings for not maintaining social distance and had to force 1,556 people to leave South Pointe because they stayed after the closing time (7 pm).

The day before, anticipating indiscipline, the city ordered the closure of the parking lot to somehow limit the entry of visitors. “We even sent city employees to the park to explain to the visitors that they had to follow the instructions, but many people treated them poorly. The truth is that the closing of the parking lot did not make much difference either. Therefore, the park is closed until further notice. It is the best way to protect our citizens and workers,” said Miami-Beach Administrator Jimmy Morales.

In statements to the local branch of the ABC chain, Mayor Dan Gelber added that once it was decided that the police are not responsible for ensuring that people maintain social distance, “the only option left to the administrator was to close the park. People don’t comply, and this is too serious.”

More than a thousand recovered from COVID-19 in Cuba

Study on seroprevalence and prevalence of COVID-19 in Cuba