The open questions about Mr. Trump’s litigation strategy are not about whether the cases will succeed in court.  Every indication is that they will not. 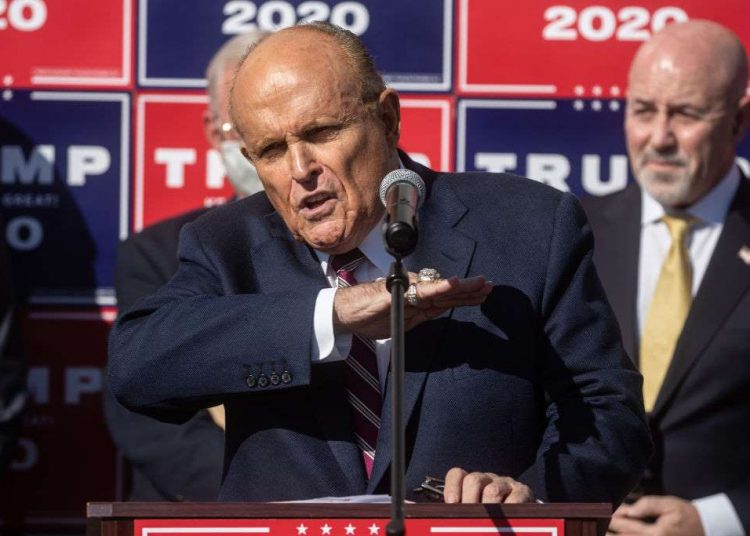 Despite all major news networks projecting on November 7 that Joseph R. Biden has won the 2020 U.S. presidential election, and near universal international recognition of his victory, President Donald J. Trump has refused to concede defeat.  Mr. Trump has instead promised to continue to challenge the vote-counting process and election results in court.  But thus far, Mr. Trump’s litigation strategy has failed to deliver any legal wins – and seems more designed to attract media attention than court victories.

Many of the lawsuits already filed on behalf or in support of Mr. Trump’s campaign have been summarily dismissed, and those suits that remain do not seek relief that, if awarded, would change the declared winner of any state.  It is unclear what future lawsuits the campaign might filed, but there have been no independent reports of any election irregularities that could support a meritorious lawsuit.

According to reporting by The New York Times on November 7, “[i]n seeking to foment widespread doubt about the legitimacy of the election, Mr. Trump and his surrogates seemed less focused on substantive legal arguments that could hold up in court than on bolstering the president’s political narrative, unsupported by the facts, that he was somehow being robbed of second term.”  In other words, the frivolous or trivial nature of the lawsuits filed so far, has led the Times to conclude that they are being initiated for public relations purposes, rather than as part of a legitimate effort to secure judicial relief.

The Pennsylvania Republican Party’s recent petition to the U.S. Supreme Court captures this dynamic nicely.  On Friday – before Pennsylvania was called for Mr. Biden – the party sought a supreme court decree requiring state election officials to set aside ballots that have arrived by mail after election day.  But Pennsylvania was already segregating those type of ballots, and, in any event, Mr. Biden is projected to win Pennsylvania even without those ballots even being counted.  Several judicial doctrines prevent courts from awarding relief in circumstances where either (1) the relief requested has already been obtained (the doctrine of mootness); or (2) the remedy requested will not cure the injury (the doctrine of standing).  Therefore, the lawsuit seems destined to fail, and was described by the Times at “almost entirely for show.”

Other state-level lawsuits appear to have been similarly flawed.  In Michigan, for example, the court dismissed the Trump campaign’s lawsuit to stop the state from counting absentee ballots on the grounds that those ballots had already been counted (once again mootness).

In Georgia, a local judge rejected a Trump campaign request to disqualify 53 votes after determining that the campaign had provided no evidence of invalidity.  Mr. Biden’s lead over Mr. Trump in Georgia is many orders of magnitude larger than 53, and so even had the lawsuit succeeded it would have been irrelevant to the result.

In Arizona, the Trump campaign filed a lawsuit, alleging that certain ballots had been improperly rejected by election officials because of the type of pen used to mark them.  These allegations appear to have been based on an internet rumor, which Arizona election officials say is false.  The campaign dropped the lawsuit yesterday without explanation.

And other lawsuits, including the only lawsuit that the Trump campaign has won so far, seek to improve the campaign’s ability to observe the vote counting, rather than change the results of any ballot counting.  By yesterday nearly all votes had been counted, rendering such rights mostly useless.

The open questions about Mr. Trump’s litigation strategy are not about whether the cases will succeed in court.  Every indication is that they will not.  Rather the questions are (1) whether the mere existence of the lawsuits (although baseless or trivial) will trick a significant number of Americans into believing Mr. Trump’s unfounded claims of election fraud; and (2) whether any of the campaign’s lawyers filing these suits will be sanctioned for violating court rules prohibiting the filing of frivolous or vexatious litigation.  Thus, while not close on the merits, Mr. Trump’s lawsuits remain high stakes indeed.

Peter Fox is lawyer and partner in the  Scoolidge, Peters, Russotti & Fox (SPRF) Law firm, from New York. This text was written exclusively for OnCuba.