The super PAC was organized by a leading Florida Democratic strategist with the name “Retire Rubio.” 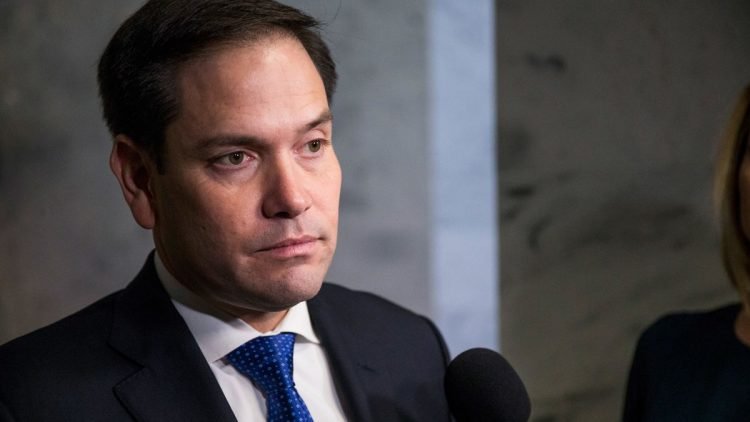 Marco Rubio claimed on Saturday, November 7, that an elected president cannot be proclaimed without finishing the counting of all the votes. | CNN

Cuban-American Senator Marco Rubio is the next high-value target for Democrats now that Joe Biden is president-elect.

Two Democratic strategists have launched a super PAC (Political Action Committee) to raise funds to remove Rubio from the Senate in the next legislatures in two years, when he runs for re-election. The super PAC is accompanied by a website called “Retire Rubio” and an account on the social network Twitter created a few years ago and which was reactivated.

The idea launched by Democratic strategist Ben Pollara has more than 13,000 followers on Twitter and was presented as an effort “to singularly focus on defeating this weak, sad, disappointing and absent senator in 2022.”

“Little Marco” is an old nickname coined four years ago by Donald Trump when he confronted Rubio in a crowded Republican primary for the 2016 presidential election. After being defeated by Trump in the primaries, Rubio ran for re-election at the last minute, which he won for a second period.

Since then, the 49-year-old Cuban-American has been a political ally of the president and advisor to his administration’s strategy on Cuba, which has consisted mainly of reversing the Barack Obama government (2009-2017) rapprochement to Havana.

“In election after election, Marco Rubio has skated by without being held accountable for his extremism and corruption in the Senate. For years, Marco’s campaigns have been bankrolled by Big Oil, Big Pharma, the NRA, and Wall Street, so if we’re going to be successful in taking them on, we have to get started early,” wrote Pollara.

“That’s why on the heels of the 2020 election and Marco’s assistance in ramming through Amy Coney Barrett’s confirmation to the Supreme Court, Retire Rubio is forming to take on Marco Rubio’s hyper-partisanship and failed leadership. We are a grassroots-funded organization solely dedicated to taking on Marco Rubio and supporting his eventual Democratic opponent for Senate in 2022,” added the Democratic strategist.

The website goes on to describe Rubio as a politician “singularly dedicated to advancing his own political career— not the interests of everyday Floridians.”

“Marco Rubio has a mind-boggling history of hardly ever showing up for work and siding with Wall Street, corporate polluters, big sugar companies and the NRA over the people of our state. The main objective of ‘Retire Rubio’ is to focus like a laser on the failures of Little Marco and finally defeat him in 2022,” said Pollara.

Senator Rubio’s office did not respond to inquiries about the new political action committee seeking to remove him.