Pinar del Río continues having the highest number of infections. Havana has nine cases today, one of them imported. 8,219 samples were processed. 28 people were discharged. Three patients in intensive care. 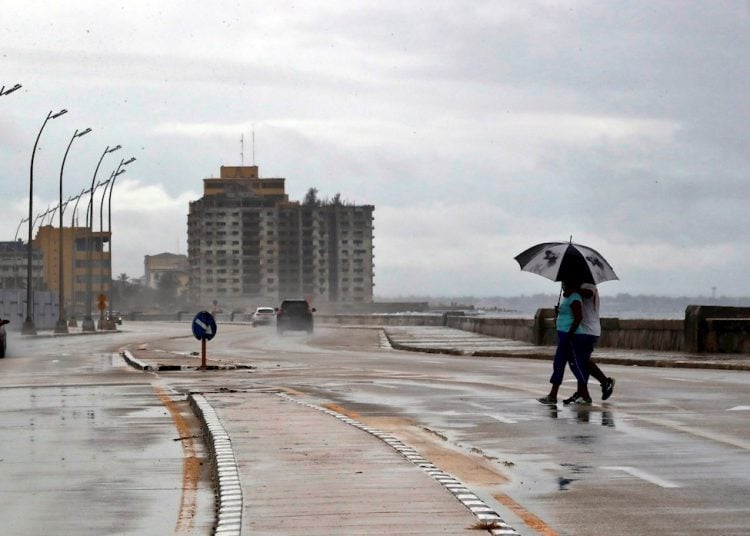 In addition to dealing with COVID-19, Cubans have been following the path of Tropical Storm Eta. Photo: Ernesto Mastrascusa/EFE.

Pinar del Río once again reports the highest number of infections due to the SARS-CoV-2 virus in Cuba, 32 from five municipalities; although most of them are concentrated in the provincial capital. In total, the country reported 43 cases today, 41 of them autochthonous.

The territories where autochthonous cases were also diagnosed were Havana, with nine patients, one of them with the origin of the disease abroad, from Playa municipality. Villa Clara, meanwhile, identified two patients from two municipalities, although that of the provincial capital was the other imported case registered on the day.

In short, according to today’s Ministry of Public Health (MINSAP) report, 42 are Cubans and a foreigner, a 45-year-old Slovak who resides in Playa.

Of the total, 41 were contacts of confirmed cases. By gender, there was a balance (22 female-21 male) and 27 patients were asymptomatic.

During Monday, November 9, 8,219 samples were processed on the island in search of the disease and 2,937 people remained hospitalized for epidemiological clinical surveillance.

No fatalities were reported for the day, and the number remains at 130 deaths.

Meanwhile, 28 patients were discharged and only three people were reported in intensive care: one in critical condition and two in serious condition.