Four deceased in the day. In addition, with the 845 new infections reported by the MINSAP, the SARS-CoV-2 virus has already added 31,190 patients since March 2020. 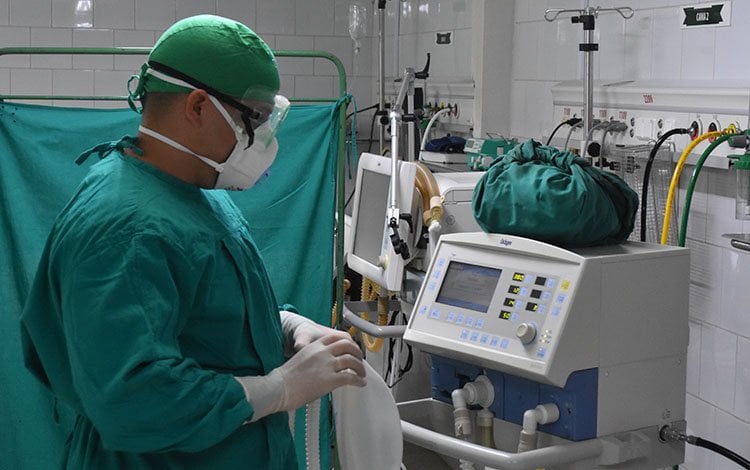 The number of patients in intensive care as a result of the outbreak of COVID-19 rose to 63 during Thursday in Cuba, the highest reported, according to Dr. Francisco Durán in his daily appearance.

Of this total, 29 patients were in critical condition and 34 in serious condition in hospitals in eight provinces and the special municipality of Isla de la Juventud. Two of them are minors, and one of those reported today is a 75-year-old Portuguese citizen.

The patients in intensive care units represent a growing number in recent weeks. By age, they are mostly over fifty years old, a fact that shows the age ranges with the most complications and that can be verified in the report issued by the Ministry of Public Health (MINSAP).

In fact, during the last 24 hours four people also died, with whom the death toll rose to 229. The most recent victims of the SARS-CoV-2 virus: three from Havana (a 91-year-old man, another 85 and an 88-year-old woman) and a 60-year-old from Santiago.

In total, 14,004 patients remained admitted to hospitals and specialized centers for the care of patients with the new coronavirus until midnight on February 4; of these, 5,544 are active cases.

In addition, with the 845 new infections reported, the virus has already added 31,190 patients since March 2020. Most of them are still due to autochthonous transmission (819 cases), compared to the 26 imported, which today is mainly due to Congolese and Chinese citizens.

With this growing increase in cases, the island ranks as the fourth territory with the highest incidence of transmission of the new coronavirus, with a rate of 140.38 per 100,000 inhabitants.

Of the 845, 787 were contacts of confirmed cases and 45% were asymptomatic at the time of their diagnosis.

Yesterday 18,017 samples were processed throughout the country, according to the MINSAP. There were 896 discharges, with whom 25,364 patients have recovered, although it is known that until the confirmation of another PCR they remain under “home admission.”