Old Havana is at the head of the 12 municipalities that contribute 47.2% of the incidence in the last 15 days, with 733.5 per 100,000 inhabitants. Cabaiguán was added to the group, which comprises 10 other municipalities in the capital and in Bayamo. 1,012 discharges in the day. Two deceased. 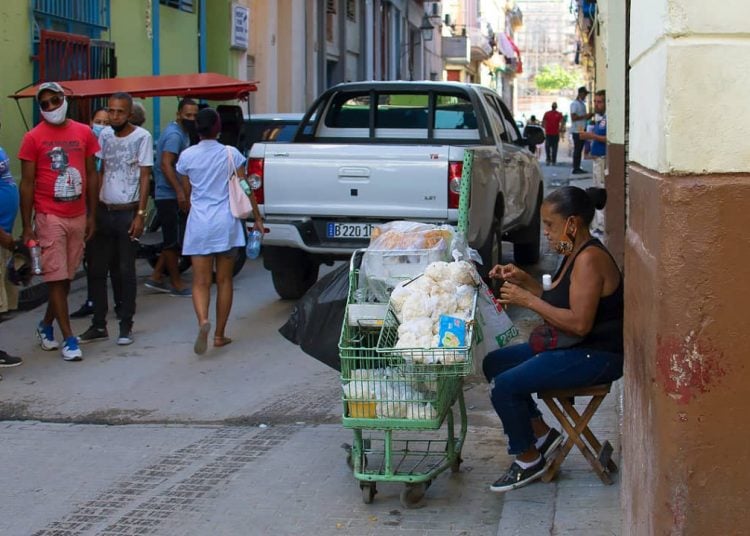 The Cuban Ministry of Public Health (MINSAP) reported a decrease in the number of infections this Tuesday by the SARS-CoV-2 virus: 961, of which 17.6% correspond to children under 20 years of age, also a somewhat lower figure than the records reported yesterday, but still remarkably high.

Among this number of minors, 155 had not reached the age of 18, a group which has 762 active cases, as explained in his daily appearance Dr. Francisco Durán, who warned that in more than a year of confrontation with the pandemic, there are 1,082 patients in pediatric ages.

Regarding contagions, 952 are from autochthonous transmission, 928 were contacts of confirmed cases, and imported cases dropped to nine, with an incidence of Cuban travelers from the United States, Kenya, Russia, Ecuador, France and Venezuela.

The two deaths of the day were reported from Havana and Cienfuegos: a 70-year-old man and an 89-year-old woman, both contacts of confirmed cases. With both deaths, the number of fatalities on the island is 442.

Old Havana is at the head of the 12 municipalities that contribute 47.2% of the incidence in the last 15 days, with 733.5 per 100,000 inhabitants. Yesterday, Cabaiguán (Sancti Spíritus) was added to this group, which comprises 10 other municipalities in the capital and in Bayamo.

As of midnight, 25,147 patients were hospitalized, of them, 5,220 are confirmed active cases. Another increase was reported in the ICUs, this time to 77 people, of them, 33 in critical condition and 44 in serious condition.

On a day in which 20,127 samples were processed, the reported discharges reached a positive figure of 1,012, according to the MINSAP.

50.6% of the day’s cases were asymptomatic at the time of diagnosis.