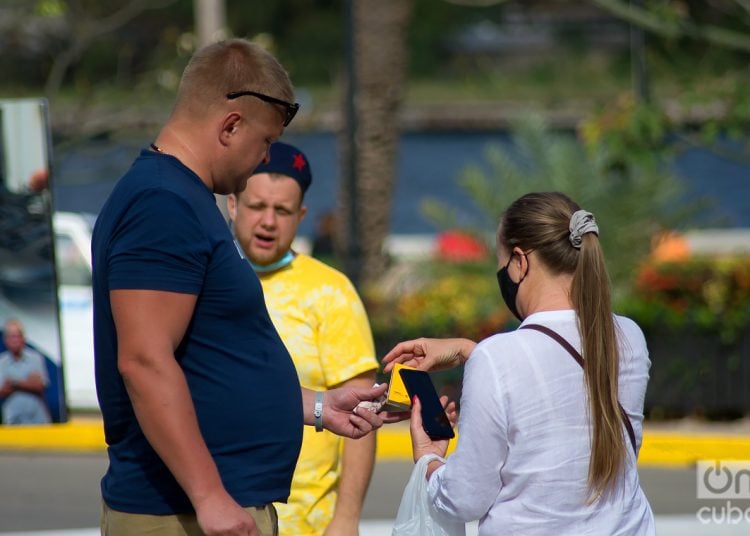 Tourists in Havana during the outbreak of COVID-19 in January 2021. Photo: Otmaro Rodríguez.

All Cuban provinces reported infections from the SARS-CoV-2 virus this Tuesday, when the total number of cases decreased to 893, according to the Ministry of Public Health (MINSAP) report.

Guantánamo continues to lead the provinces in terms of incidence rate (253.3 per 100,000), although the easternmost region reported 138 positive cases, much less than the 492 in Havana, the territory that diagnoses the largest number of daily patients with COVID -19.

This is why nine of the Havana municipalities are within the 12 that determine 55.8% of the transmission of the virus in the last 15 days. The largest number of daily tests are processed there, about 7,000. Today, in total, the island’s laboratories processed 17,076 samples in search of the disease, according to the MINSAP.

Of the total positive cases registered as of midnight Tuesday, 832 are contacts of confirmed cases and 25 are related to international travelers. In 859 individuals the infection occurred by autochthonous transmission and in 34 cases it was acquired abroad.

Two people died: a 70-year-old woman from Arroyo Naranjo and an 80-year-old man from Guantánamo. The sum of fatalities is 220, and the fatality rate is 0.74%.

Now the number of hospitalized patients is 12,858 and active cases total 5,563. The discharges notified yesterday were 773, although Dr. Francisco Durán himself explained that it was a “home admission” until the second PCR test is negative.

February’s first two days are threatening to have statistics similar to the previous month. There are already 1,934 infections, many more than those reported in several months of 2020. Deaths are also an alarming figure: four in 48 hours.