Cuban-American professor Carlos Lazo and a group of young people continue a walk of more than 2,000 kilometers from Miami to Washington D.C. 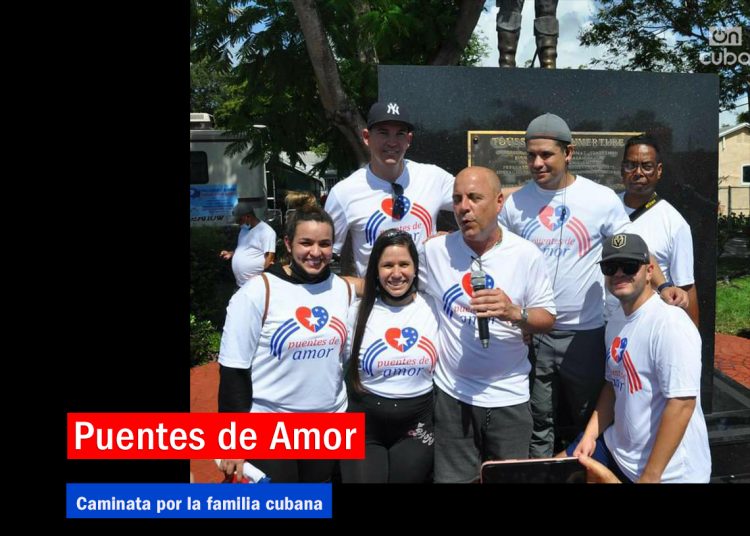 Why get back on the road? It is the question with which Cuban-American professor Carlos Lazo begins his words as he walks from Miami to Washington.

Lazo began last week, as he did a year ago, another pilgrimage through the United States to advocate for Cuban families and the lifting of the economic sanctions that weigh on Cuba as part of the U.S. embargo policy on the island.

This time he decided to walk and not cycle the miles (as he did the year before), “always with feet on the ground for the Cubans.”

His son and a group of young people accompany him; many others join him on the way.

“During the weeks that our pilgrimage lasts, we will visit communities, we will speak with ordinary citizens, we will visit churches, municipal governments, offices of congresspersons and we will contact the media. Our steps began in Florida and will take us to Georgia, South Carolina, North Carolina, Virginia, ending in Washington D.C. Throughout our journey, we will advocate for the creation of Bridges of Love between the peoples of Cuba and the United States. We will ask for an end to the sanctions that weigh on the Cuban people. We will explain to Americans the cruelty of the economic war that is being waged against the Cuban people. We will bring to the White House the feelings of hundreds, thousands, millions of people of goodwill from around the world. Upon arriving in Washington D.C., we will ask President Biden to fulfill his electoral promises and lift the economic sanctions that are suffocating the Cuban people,” Lazo wrote in a GoFundme petition.

It will be about four weeks of getting up at 4 in the morning, without rest, to be able to travel the agreed sections and recover from physical exhaustion to continue the next day. The final objective will be to deliver to President Joe Biden the more than 25,000 signatures that demand normal relations between Cuba and the United States, that the sanctions be lifted, that the American embassy be opened in Havana, that remittances be allowed and that the family reunification program continues, among other requests.

This first video, a continuation of the Bridges of Love that began in 2020, summarizes the first week of the walk, demanding peace above all else.