The story of a 5,000 km bicycle trip to bring a message of peace between the Cuban and US governments. 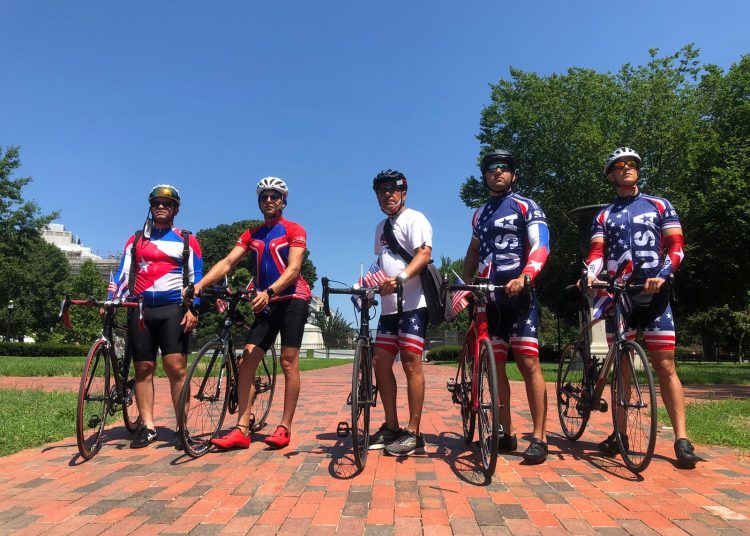 Cuban-American teacher Carlos Lazo, a veteran sergeant of the Iraq war, completed the bicycle journey that took him, along with his children and nephews, to the White House.

The trip began on July 11th as a bicycle expedition to draw attention to the economic sanctions reinforced by the Trump administration against Cuba, despite the health crisis of COVID-19.

Lazo, virtually accompanied by other Cuban-Americans, Americans and Cubans from all over the world, left the city of Seattle on the Pacific coast and traveled 3,000 miles (more than 5,000 kilometers) to Washington D.C., carrying a message of peace between Cuba and the United States, endorsed by thousands of signatures from a change.org petition.

Lazo, his two sons, and two nephews pedaled the equivalent of five times the distance that separates Havana from Santiago de Cuba. They took turns of 30 and 40 miles each (sometimes more) on a journey that lasted 25 days.

The first week of Professor Carlos Lazo’s bicycle trip through the United States was full of meetings, brotherhood, and good energy.

Lazo, his nephews, and sons met with some elected officials from Montana, including Senator Dick Barrett and Representatives Willis Curdy and Shane Morigeau, all Democrats from Missoula.

During the tour, the group made stops for interviews and conversations in schools, associations, and churches, in the states of Montana, North Dakota and South Dakota, Minnesota, Wisconsin, Illinois, Indiana, Ohio, Pennsylvania, and in the capital, Washington D.C.

They met with Cubans and Americans, and with elected congressmen when they arrived in Minnesota. They were also blessed by an Afro-Cuban priest to continue the bike ride to Washington D.C.

The trip from coast to coast in the United States was also an opportunity for the father-uncle to bond with his nephews and children even more, and to transmit a message of unity among Cuban families around the world.

Lazo brought his arguments outside of the White House, as a US citizen, to demand the normalization of relations between his adopted country and his native Cuba.

The bridges of love do not end. The Factory of Dreams will continue pedaling.