The new restrictions imposed by the government of President Donald Trump on travel to Cuba have made it more difficult, but not impossible, for Americans to visit the island. 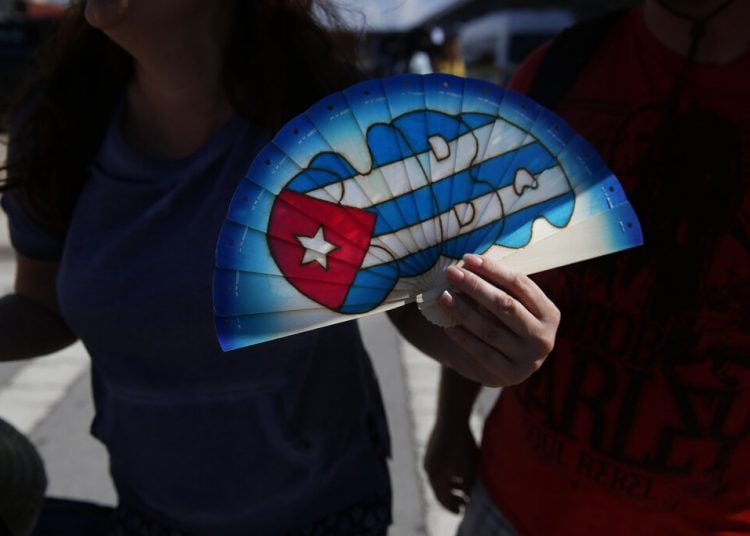 Bobbie Bryant, 41, from Orlando, holds a fan that he bought in Cuba upon his arrival to Port Everglades in Fort Lauderdale, Florida, on Wednesday, June 5, 2019. (AP Photo/Brynn Anderson)

The cruise ships that traveled to Cuba until a few days ago offered a simple option to make legal trips through the 144 kilometers (90 miles) of sea that separate the two nations, but apparently that has ended for now with the entry into force this Wednesday of the federal ban.

The main cruise lines have reconfigured their itineraries and their stopovers in Cuba were changed to other destinations in the Caribbean, to the disappointment of thousands of passengers.

Following are some answers to common questions about the complications of traveling from the United States to Cuba:

Why did the United States adopt this measure?

The Trump government says it wants to cut off the flow of dollars to the Cuban government to force it to suspend its support for President Nicolás Maduro of Venezuela. Cuba affirms that Trump wants to reduce Americans’ exposure to the country because when they return they invariably oppose the U.S. embargo against the island that has been in force for 60 years.

Are there other ways to travel to Cuba?

Major airlines, such as American Airlines, JetBlue and Delta, continue to cover a complete itinerary of relatively affordable flights to Havana and other Cuban cities. Most of them depart from Miami and Fort Lauderdale, but there are daily flights from other U.S. cities.

As for Cuba, American visitors are welcome as tourists and the country tries to facilitate their arrival. Tourist visas are available for immediate purchase if you already have an airline ticket or when the passenger registers for a flight to Cuba. The visa costs around 50 dollars. Cuba remains perhaps the safest country in the western hemisphere for foreign tourists because there are virtually no known cases of victims of violent crimes. Even simple theft is unusual.

What does the law say?

Travelers should choose one of those categories from a menu that is presented to them when they buy their ticket with an airline.

Before Trump’s most recent changes, many Americans came in groups whose purpose was people-to-people interaction with ordinary Cubans. That category, with requirements relatively easy to meet with a normal trip, was eliminated.

What do other Republicans say?

Defenders of Trump’s changes, such as Florida Senator Marco Rubio, say that Americans should now travel to Cuba in the category of support for the Cuban people.

The U.S. government defines the above as support for the activities of human rights organizations and other groups that promote democracy and “independent activity aimed at strengthening civil society in Cuba.”

There are dozens, if not hundreds, of activities related to travel that could be considered within that definition. Cuba travel companies this Wednesday started reorganizing tours to adjust them to the criterion of “support for the Cuban people,” encouraging activities such as culinary tours, cigar rolling and diving.

Can Americans be punished for traveling to Cuba?

The legality of travel from the United States to Cuba has worked for years on an honor system. The supervision was practically nil during the presidency of Barack Obama and there are no recorded cases of the investigation of a traveler’s itinerary since Donald Trump assumed the presidency.

That could change at any time. According to U.S. regulations, travelers must keep records of their trip to Cuba, a diary of their activities for example, for at least five years.

Another aspect that complicates travel to Cuba is a requirement from Washington that Americans avoid a list of establishments run by government agencies linked to the army and intelligence services. Ensuring compliance with this point is practically impossible in many cases.