The legislator said the Trump administration’s Cuba policy is being guided by hardline conservatives. 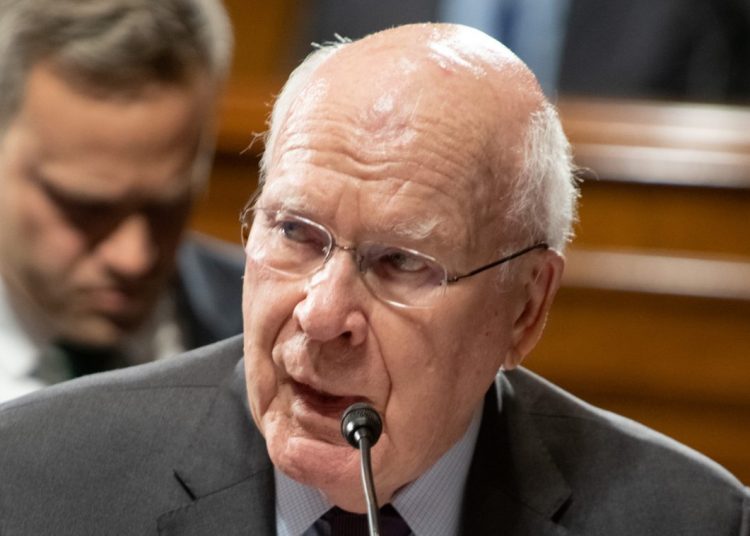 Senator Patrick Leahy (D-Vermont) is pondering the presentation of a bill that would legalize Americans’ tourist trips to Cuba, after the cancellaction of the cruises to the island and the elimination of one of the travel licenses, the people-to-people category.

Judging by a short address in the Senate plenary on Wednesday afternoon, the idea of ​​the veteran senator is to definitively end all restrictions on travel to Cuba.

“This administration has reinstituted the Cold War restrictions on the right of every American citizen to travel to Cuba, even though an overwhelming majority of Americans opposes such restrictions,” said the 79-year-old senator, who has a long record of contacts with Cuba and its government.

“Cruise ships will stop sailing.  Educational and cultural exchanges will shut down. Sports teams will stay home. School trips will end. Trade missions will end. American farmers and companies will be shut out. What kind of government thinks it has a right to tell its citizens where they can travel, and where they can spend their own money?” he emphasized.

He also said, “Ironically, not the Cuban government, despite its repressive policies.  Cubans can travel to the United States if we grant them a visa.”

For Leahy, “freedom to travel is a right. It is fundamental. It is part of who we are as Americans. We travel. We explore. We meet people. We share our values. We build relationships with people we agree with and disagree with. Are we willing to stand by and let the right to travel of private Americans be trampled this way?”

What happens, he said, is that “this Administration’s policy is being guided by a couple of hardliners in the National Security Council who have never set foot in Cuba, but who are on a crusade to pressure the Cuban government to change its policies. That’s why I’m going to present the ‘Americans’ Freedom to Travel to Cuba Act.’” Leahy was obviously referring to National Security Adviser John Bolton and Cuban-American Senator Marco Rubio.

The senator’s reaction comes on the same day that the ban on cruise ships from calling at Cuban ports came into effect. This type of trips was activated in May 2016 at the time of the thaw implemented by the Barack Obama administration.

The cruise industry estimates that the decision leaves stranded nearly 800,000 travelers with reservations in hand, the same number that, according to the Cuban Ministry of Tourism, traveled last year on cruises to the island.

This Thursday it was not possible to contact the senator, but his staff revealed that next week Leahy plans to start contacts and negotiations with his peers to gather the necessary support for his bill despite the fact that the Democrats are a minority in the Senate.

In addition, Republican sources reminded OnCuba, he is facing two solid obstacles, the Helms-Burton (1996) and Torricelli (1992) acts, which between them practically reinforce the economic embargo on the island. The first codifies the embargo, the second severely limits the movement of vessels between the two countries.