A city council resolution of the so-called Windy City urges the United States Congress to pass legislation that ends the embargo and asks President Joe Biden to annul the measures adopted by the Donald Trump administration against the island. 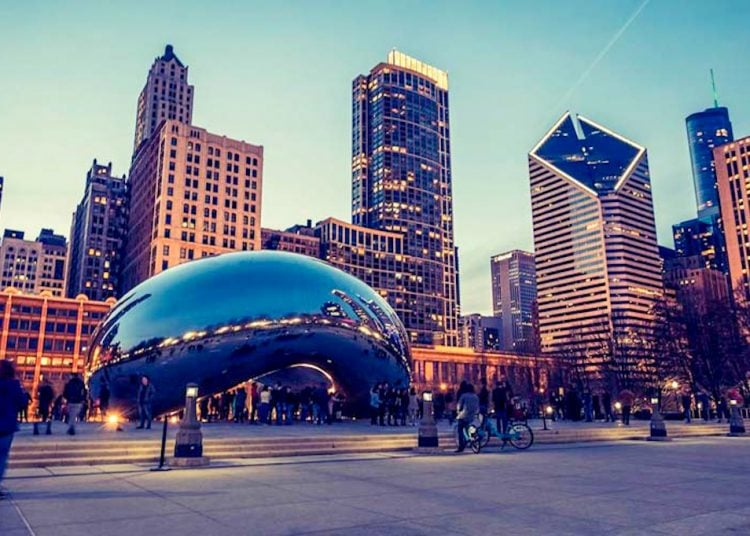 The Chicago City Council unanimously passed this Wednesday a resolution calling on the U.S. federal government to end the embargo against Cuba, which has lasted for several decades.

The resolution urges the United States Congress to pass legislation that ends the embargo and asks President Joe Biden to annul the measures adopted by the Donald Trump administration against the island, as reported by the Chicago Committee to normalize relations with Cuba.

Committee member Marguerite Horberg said that with the passage of this Resolution, Chicago joins 13 other cities in the U.S. that have passed similar resolutions.

Today the Chicago City Council unanimously passed Resolution R2020-616 Calling for the End of the Blockade of Cuba. The vote passed 50-0 making Chicago the 14th and the largest city to call for the cessation of antiquated and hostile federal policies pic.twitter.com/YVQ0BzOibh

The text demands that the federal government reverse Trump’s “disastrous policy” against the island, and return to the policies of dialogue and improvement of relations between the United States and Cuba that had begun during the presidency of Barack Obama.

In the opinion of analysts, the adoption of this resolution is an important statement of public opinion by the city of Chicago, at a time when President Biden and his administration are reviewing policy towards the island.

According to a report by Prensa Latina news agency, the Chicago Council affirms that the restoration of trade and travel between the two countries would be of great interest and benefit to both parties.

In recent weeks, members of U.S. civil society, personalities of domestic politics, religious figures, businessmen, and activists have asked Biden to lift the unilateral sanctions against the island, the agency recalled. Such is the case of a Cuban-American study and analysis group, which launched a document that proposes the current president to resume ties with the island.

“The urgency of the moment, compounded by Cuba’s needs amid its gravest economic crisis in a generation, calls for bold action. Should both countries fail to get engagement right this time and set the path toward normalization on firmer ground, we worry we will not see another chance for years to come,” says the 26-page proposal to Biden, prepared by the Cuba Study Group.

The text emphasizes, in turn, that the “Cuban government must also realize that engagement with the United States is unlikely to be resilient if it seeks to bypass Miami. The Trump policy reversal after 2017 did not materialize from a vacuum. It was fueled in part by the unaddressed grievances toward the Cuban government of not just older exiles, but also many younger Cuban immigrant voters—grievances that the Trump campaign was able to exploit.”

“Cuban officials will likely push back on the idea that it should treat its relationship with the Cuban diaspora as a corollary to its relationship to Washington,” the document said. “It prefers to treat both relationships on separate tracks—one as a dialogue between states, and one as a process of exchange with its own citizens. But given the obvious ways in which U.S.-Cuba policy will remain a factor in electoral politics in South Florida and nationally, Cuban officials must acknowledge the symbiotic, in fact, triangular nature of the bilateral relationship.”

“The more Cuba’s diaspora sees Cuba advancing the course of domestic reform, and the more that Cuba normalizes relations with its diaspora in the first place—by, for example, providing its members with equal rights and protections under Cuban law, or creating opportunities for Cubans abroad to invest in Cuba in transparent ways and reintegrate themselves into island society—, the less public support future partisan efforts to rollback engagement policies will enjoy,” it stressed.