Next April 12, it will be two years since the kidnapping in the African nation of Cuban doctors Assel Herrera and Landy Rodríguez by alleged members of the Al-Shabaab terrorist group. 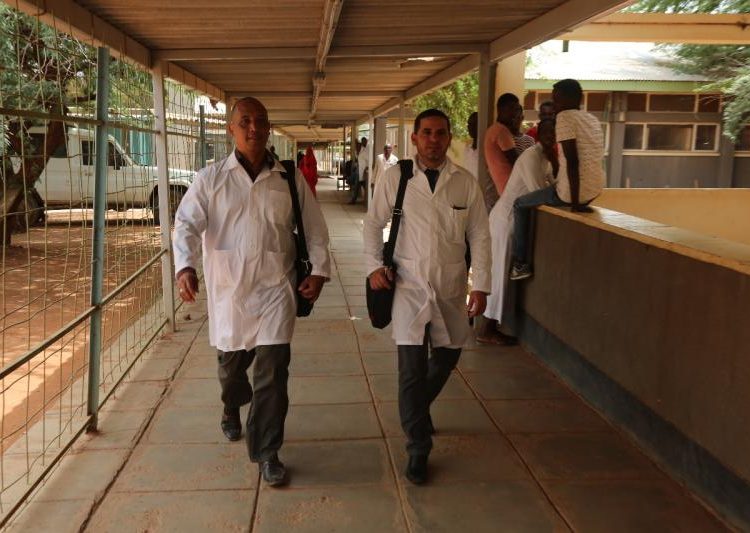 Cuban Minister of Public Health José Ángel Portal reported this Wednesday about a telephone conversation he had with his Kenyan counterpart, in which they discussed the “steps” for the return of the Cuban doctors kidnapped almost two years ago in the African country.

“The (Kenyan) Minister expressed his gratitude for the Cuban specialists’ work in Kenya and for the students who are being trained in our country. We talked about the continued efforts to achieve the safe return to the homeland of our two kidnapped doctors,” wrote the Cuban health minister on his Twitter account, the Agencia Cubana de Noticias news agency reported.

Doctors Assel Herrera and Landy Rodríguez were abducted at dawn on April 12, 2019, by alleged members of the Al-Shabaab terrorist group when they were going to the hospital in the town of Mandera, in Kenya.

The doctors’ bodyguard was killed during the attack by the jihadist militants. Months later, the driver of the vehicle in which they were traveling was prosecuted for his alleged complicity in the events.

Later reports indicated that the doctors were alive in Somalia, and Al-Shabaab allegedly demanded an amount equivalent to 1.5 million US dollars for the release of the Cubans. The Kenyan government responded publicly that it would not pay the ransom, while the island’s authorities denied the news of the alleged negotiation.

After the kidnapping, Cuba formed a government working group to coordinate with the Kenyan and Somali authorities the actions to obtain the return of the two Cuban doctors, the source indicated.

Last October, the island’s government denied recent news about the supposed release of the doctors.

“I dismiss the information circulated early today on the alleged release of the two kidnapped Cuban doctors, Assel Herrera Correa and Landy Rodríguez Hernández,” Juan Antonio Fernández, director general of Press, Communication and Image of the Ministry of Foreign Relations (MINREX) then wrote on Twitter.

The Foreign Ministry spokesman assured that enormous efforts were being made to ensure their release and safe return to Cuba.

The official reaction was made known a few minutes after the news that affirmed the release of the doctors in Somalia was known.