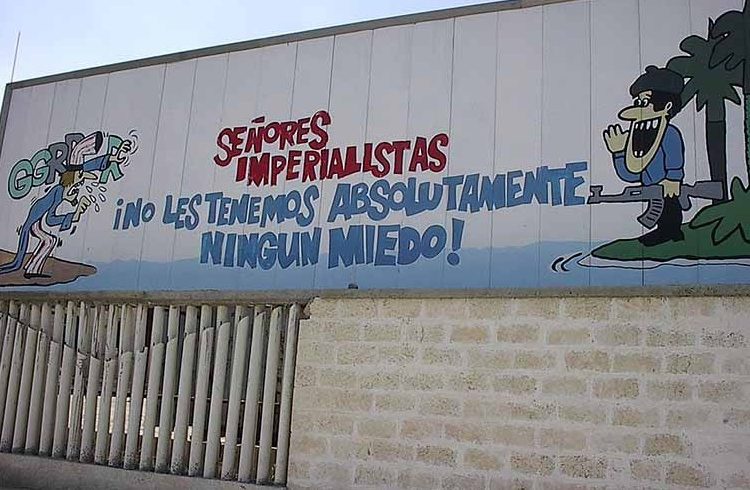 Relations between Cuba and the United States are entering a new and more complex stage. It began with current peace negotiations, which still haven’t managed to secure a complete ceasefire. Havana continues to publicly condemn the “Empire” and Washington is still imposing sanctions on those who have business dealings with the island.

Despite all this, the two countries are moving towards more civilized forms of confrontation. We are seeing the creation of a different stage, where most differences can be settled in the field of ideas and politics, in the minds and hearts of Cubans.

Some are afraid, because they have become accustomed to trench warfare and lack the skills needed for debate. Extremists at both ends are indeed concerned, feeling they could be deprived of their leading roles.

Their resistance to current changes is a pure survival instinct: after so many years of staging nothing but monologues, they are incapable of communicating with someone who refutes what they say. They may have learned how to give out orders, but they are incapable of persuading Cubans at either end of the Strait of Florida.

Some have become experts in harassing artists who visit Miami, threatening the more moderate émigrés, controlling the press, pocketing the greater part of the money taken in by dissidents and winning elections draped in the Cuban flag.

The others still nurture the “city-under-siege” mentality, defend unanimity in all things political and encourage a one-idea system, considering any dissenting opinion treachery. In order not to “play into the enemy’s hands,” they silence the press and nip all debate at the bud.

Some Cuban-American politicians and dissidents on the island consider Obama a traitor for taking these first steps towards rapprochement with Cuba. They feel their game is coming to an end and conspire to boycott negotiations from within Congress.

There is no shortage of fear on the island: the government’s most extremist sector warns people again and again about the dangers inherent to this new context. Rather than seek the national unity they like to proclaim so much, however, they work only to divide Cubans.

They deploy their cyberspace “hacks” to discredit some for the sin of being Catholic, others for having emigrated and revolutionaries for being “naïve.” They want to sow fear in people, accusing those who think differently of being the empire’s fifth column.

For a small country, being the good neighbor of an economic and cultural power as immense as the United States will never be free from danger, but the Cuban government has accepted the challenge and appears to be convinced about Cuba’s ability to handle the risks.

At any rate, it has no other choice. Average Cubans will not likely accept staying in the trenches just because some extremists are afraid to confront their adversaries in the field of ideas.

Relations with the United States also involve new opportunities. Overcome their fear of reprisals, many countries and institutions are now beginning to do business with Cuba. These new dealings could bring the wellbeing that Cubans deserve, after so many decades of sacrifice.

The new generations are not as receptive to ideological speeches as were the old. They expect concrete results in society and visible improvement to their lives. They were born with access to free healthcare, education and culture, but they also long for greater prosperity at the individual level.

Extremists fear such longings and believe they are the only ones that can save Cuba from the “candor” of Cubans. They regard themselves as the top vanguard of the struggle and even aim to expel from the Party those who have a different mindset.

A nation, however, is the sum total of the feelings of all citizens and it is impossible to develop it by imposing the criteria of an “enlightened” minority on the rest. They tried something similar with the Santeria religion and its traditions survived in the hearts and basements of people.

If Cuba leaves the definition of who is a patriot and who is a traitor in the hands of society’s most extremist members, the nation will lose many of its most talented people, and this will weaken its social, political and cultural potential, at a time when it needs it the most.