The group of smugglers was infiltrated by the authorities and quickly brought to trial as an exemplary gesture. 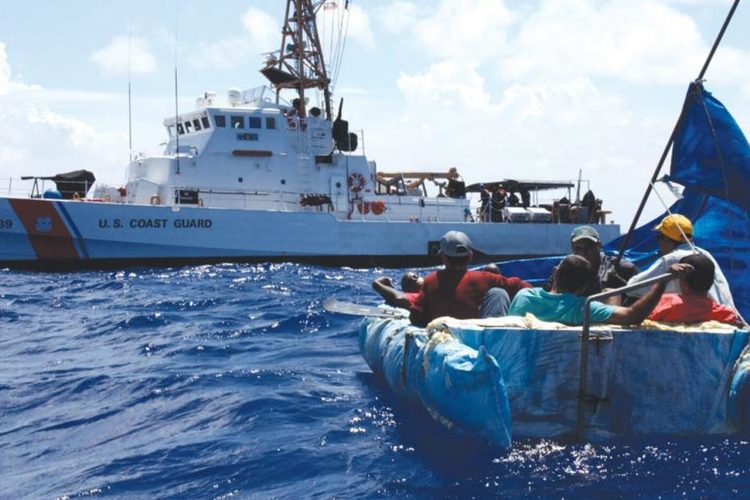 Archive image from the Coast Guard Service of an operation of smuggling Cubans to the United States. Photo: USCG/Archive.

A combined team of the Border Patrol, the Coast Guard and the Monroe County Police, which serves the cities of the Florida keys, recently arrested four Cuban smugglers while they were preparing a clandestine operation to illegally extract people from the island.

Details of the operation were kept secret until the South Florida smugglers were arrested in Tavernier and Marathon keys, as well as in Florida City, south of Miami-Dade County.

The four Cubans were identified as Alberto García, Manuel Fonseca, Yudier Panaque and Yosniel Fuentes, who trusted an unidentified individual, who turned out to be an undercover Border Patrol agent. On Monday they were brought before a federal court in Key West and accused of wanting to charge $10,000 for each person they transferred to the United States, authorities reported, according to various media outlets.

Apparently, last week they picked up 20 people from Pinar del Río, in western Cuba, agents told the Key West court, and the victims revealed the identity of the smugglers to authorities.

Three of them, García, Fonseca and Panaque, were arrested Sunday at a marina in Tavernier Key while they were getting ready to return to the north coast of Pinar del Río province to bring the last group of migrants to the United States.

The fourth, Fuentes, was later arrested after agents found him at a home in Homestead, south of Miami.

According to the criminal complaint, which is not yet published in the files of the process, García and Fonseca asked the undercover agent if they could borrow a boat earlier this month to smuggle people from Cuba to the United States.

Garcia told the agent that the boat would be kept in a house in Largo Key, which operated as a reception and holding place for the migrants until their relatives in the United States paid the smuggling fees, authorities added.

This Monday, the group made its first appearance in the Key West federal court, the Miami Herald reported.

Each of the defendants faces one count of deliberately conspiring, encouraging, and inducing Cubans to enter the United States illegally.