In addition to the boxers and their technical team, the wrestling team and trainers were also immunized, as well as the personnel of the National Institute of Sports Medicine, as part of an intervention study underway in Havana. 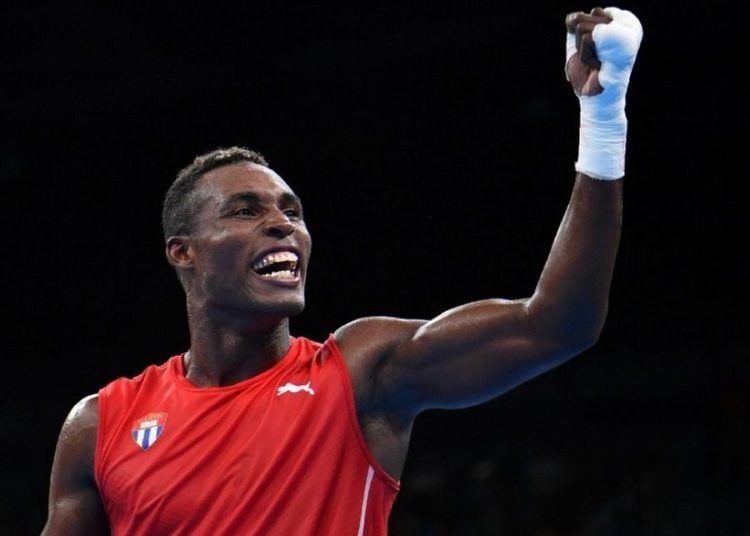 The Cuban boxing aces, members of the preselection of that sport in which Olympic and world champions are included, were vaccinated this Thursday with the Soberana 02 COVID-19 vaccine candidate.

The immunization of athletes is part of the intervention study underway in Havana, as part of which members of the health, pharmaceutical and biotechnological personnel of the Cuban capital are being vaccinated, as well as other sectors defined by the island’s Ministry of Public Health.

In addition to the boxers and their technical team, the wrestling—another of the notable sports of the island’s sports movement—team and trainers were also injected, as well as the personnel of the National Institute of Sports Medicine, according to the Cubadebate official website.

In all, 115 were vaccinated this Thursday, according to the publication. The vaccination scheme applied will have an interval of 28 days between each of the three doses, of which the first two doses will correspond to Soberana 02, while the third will be from the Soberana Plus vaccine candidate, confirmed Ana María Montalvo, deputy director of the medical institute.

On April 2, 8, 12 and 21, the first doses will continue to be applied and the dates for the rest are already set, says Cubadebate, which, however, does not specify which other athletes and sports workers of the Caribbean nation will be immunized in those days as part of the intervention.

Standing out among those vaccinated now is the multi-champion Julio César La Cruz, Rio 2016 Olympic gold medalist in the 81 kg, who assured that this step is “an achievement of Cuban medicine” and that “the best gift” of Cuban athletes to the health personnel “will be to continue the training with a lot of discipline, get to Tokyo and, in my case, become a two-time Olympic boxing champion.”

For his part, Rolando Acebal, technical chief of the Cuban boxing squad, commented that it is “an honor that our boxers have been chosen for vaccination in the midst of this complex situation” and acknowledged the work of the island’s scientists.

“This is only seen in a revolution like ours and it will mark the boxers’ commitment in the Olympic Games, where they will try to give prestige to the flagship of Cuban sports,” said Acebal, who explained that his sport will seek eight tickets to Tokyo in the Olympic qualifying fights in Argentina and that “the aspirations in the Japanese capital are to win two gold and an equal number of bronze medals.”

Cuba, which is currently going through its worst outbreak of COVID-19, with an average of between 600 and 900 cases a day in recent weeks and more than 400 deaths since the start of the pandemic, is developing two phase III clinical trials with its Soberana 02 and Abdala vaccine candidates, the country’s most advanced, which as a whole involve more than 90,000 people in the city of Havana and three cities in eastern Cuba.

In addition, this Monday an intervention study began in Havana with 150,000 volunteers, of which the vaccination of athletes is part, and there are plans to carry out another similar one in the eastern region with more than 120,000 people, as well as another population intervention in the island’s capital that would cover 1.7 million people over the age of 19, until May.