Since the presence of foreign direct investment in Cuba was theoretically and reluctantly accepted―with Decree-Law 50 of 1982―to date, a lot of water has flowed under the bridge. 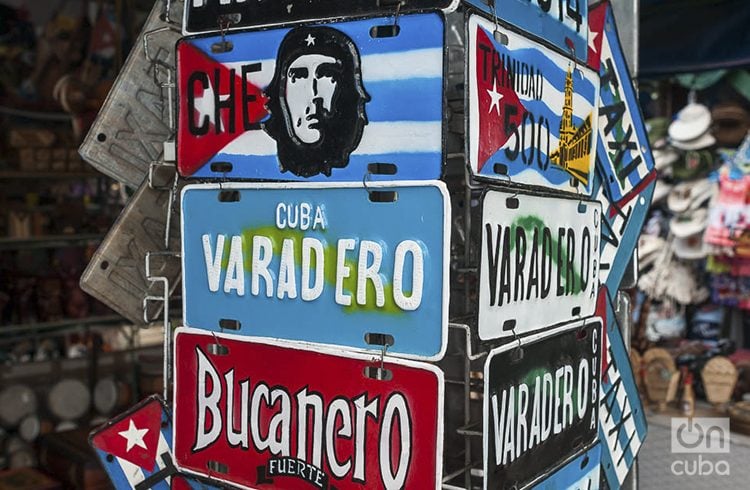 A combination of several factors has made investment, in particular the direct foreign one, return to the news and in the different social networks where time and neurons are dedicated to the problems of the Cuban economy.

Undoubtedly, the measures against Cuba that every so often Mr. Trump is responsible for enacting following the agenda of the “dauphin” Marco Rubio, has much to do with this. But it’s also true that Cuba already had its own agenda in relation to these matters.

Repeated speeches by Miguel Díaz-Canel and almost all his team in different places, an interview on Cubadebate with the Director for Foreign Investment of the Ministry of Foreign Trade and Investment (MINCEX), and a well-publicized speech by the ambassador of the European Union in Cuba in which, in addition to emphasizing that organization’s support for Cuba in its fight against the Helms-Burton Act, suggested a group of ideas quite close to those that many Cuban economists have repeated for years.

From the Keynesian perspective it’s assumed that there is a positive relationship between the investment rate and the economy’s growth. The concept of the investment multiplier summed up this relationship quite clearly. Then there has been a lot of theory about this matter

In the Keynesian model, the income elasticity of supply is very high, that is, capitalist economies don’t face significant supply constraints and a second important element is that national production is capable of filling a decisive part of that supply, so that the external constraint and the balance of payments problems are not determining factors. This was not the case of the underdeveloped countries in the mid-20th century or that of Cuba at present.

In Cuba, at that time, an important part of the multiplier effect dissipated or was lost in imports to satisfy the growth in consumption and investment demand and that structural failure still remains today. It happened to us even in the Soviet era of our economy and it happens to us now in this other post-Soviet and Trumpist era.

Let’s return to our reality today.

The investment rate, both national and foreign, is insufficient. In 2018, the rate of gross capital formation was barely 11% of the GDP estimated at current prices, despite having grown by two digits in relation to the previous year and foreign direct investment reaching a participation of less than two digits of the total investment.

The allocation of investment resources, the national more than the foreign (1), is still in debt with the development effort because decisive sectors in the growth and productive transformation receive a relatively low percentage of the total. In the case of industry (sugar and non-sugar) whose participation in 2017 was only 9.89% of total investments, while agriculture received 6.7% and fishing only 0.22% (chicken for fish is the phrase that synthesizes it now).

Infrastructure―electricity, gas, water, construction, transportation, communications, among others―is in a better situation with 35.1% of the total. Without adequate infrastructure, development efforts will not achieve the desired results.

However, decisive sectors in the development effort, such as science and technology, education, health, culture and sports, as a whole, barely receive 4.37%, compared to an allocation of more than 22.5% in the real estate sector―I understand that it is fundamentally in hotels―something, undoubtedly questionable, given the occupancy rate of the hotels at present, the prospects for growth in the arrival of tourists and the existing significant number of rooms that are out of order.

In short, there are problems with the allocation of investment resources that compromise both the growth effort via productive transformation and international insertion, one of the defined strategic focal points, as well as the development effort.

Decisive long-term sectors, such as education, science and culture, receive relatively few investment resources. The focal point referring to human potential and technology is not sufficiently benefited either.

On the other hand, in the execution of the investment process, there exist repeated problems from year to year both for the investment processes with national resources and those for foreign investment projects. There are many examples, and there would be too many anecdotes. (2) Some due to problems of the planning of the process itself and others more difficult to solve referring to the very structural weaknesses of our economy and its lack of complementarity.

Since the presence of foreign direct investment in Cuba was theoretically and reluctantly accepted―with Decree-Law 50 of 1982―to date, much water has flowed under the bridge. The political and ideological perception has changed significantly, at least in writing. They have been seen first as a necessary evil and now as a strategic necessity for the development of the country.

Today we have many more foreign investments than a few years ago, but at the same time much less than our competition in the region.

Promoting a country as an investment destination is to convince future investors that this country has competitive advantages in relation to others.

Our advantages in relation to other countries are very clear and are recognized by foreign investors: the country’s safety, trained labor force, low levels of corruption compared to other countries, political stability, geographical situation, and the population’s high health standards and educational level.

Our disadvantages are also clear: economic blockade and financial persecution by the United States that exerts extraterritorial pressures on potential partners, a high degree of centralization of economic decision making and very little autonomy of state enterprises to “do business”; highly centralized and expanded planning at all levels of the economy, weak national banking system with little or no autonomy, absence of international banks operating in the country, state monopoly on export and import, impossibility of investing outside the sphere of state enterprises or without these mediating in the process, macroeconomic distortions, among which is the greatest of all: the existence of multiple exchange rates, overvalued exchange rate, system of distorted relative prices, and so on.

Investment facilitation then refers to creating the conditions so that the investors can easily concretize their projects. Here the determinants are based on the issues that have to do with immigration and customs regulations, the establishment in the destination country of the investment, the facilities to establish residence, the existence of low levels of bureaucracy to establish businesses, the facilities to contact the possible counterparts, the existence of professional consulting services at adequate rates, agile and modern banking services, financial services that are also agile and modern, infrastructure services that are also modern and at rates comparable with the region’s average, and so on. In general, there are international standards with which we are compared.

So what can be done to promote and facilitate foreign investment in these times of so much persecution by the Trump government and afterwards when that government no longer exists?

My experience in talking with foreign investors in Cuba is that everyone highlights the advantages mentioned above, but at the same time they ask for:

1- Transparency in matters as sensitive as assessment of the assets listed as a contribution from the Cuban side.

2- Direct contracting of the labor force at prices appropriate to the region or voluntary use of the services of labor contracting entities.

3- Security in the return of their investments.

6- Some services have the highest rates in the entire Caribbean region.

7- Less bureaucracy in the chain of negotiation.

And above all, a concept of time according to our days. It’s rare to find an investment project in Cuba that has been approved in less than two years

Making the Cuba destination more competitive than other destinations, which are our competition, is fundamental.

Obviously, the first thing is to eliminate the overvaluation of the exchange rate and the existence of multiple rates.

The limited autonomy of enterprises for decision making in businesses is another issue as well as the high mediation of government structures, and the latter generates a lot of bureaucracy.

The absence of international banks operating in the country, not only with representative offices, is another of these limitations.

If you study foreign investment with a process approach you can detect its bottlenecks and reduce them to the minimum expression. Is it perhaps not possible to do this?

A new issue, not because it was not contemplated in the law, but because of the relevance it has achieved these days, is the investments of Cubans with permanent residence abroad. China and Vietnam also used this “resource” and they did not fare badly.

Capital doesn’t care about its owner’s nationality. It fulfills his role, provided that it is allowed, whether Vietnamese, or Chinese, or Cuban resident in the United States or Siberia.

Given that in Cuba there is no “general investment law for the whole country”―neither a law for enterprises, nor for small and medium enterprises, nor cooperatives and that legal deficit is part of the lack of transparency―the foreign investment law comes to fill a gap created a long time ago and focuses on the purpose of attracting “external savings in the form of direct investment.”

In that sense, for the purposes of the investment, a Cuban with capital and legal domicile abroad is the same as any other investor. The peculiar thing in this case is that for Cubans with national capital and legal residence in our country there is no legal body that allows them to participate in equal conditions as their compatriots living outside of Cuba. The legal body of self-employment can in no way be the “substitute” of that other.

This, that of “Cubans from abroad” investing in the “inside” economy, goes beyond the economic plane. It’s, undoubtedly, a political and social issue and has to do with how to relocate previous cultures, prejudices built in another era, established limits, with the way of understanding the present and the future of this our country, which today needs, more than ever before, of all Cubans who share the essential minimums defined in the country vision.

(1) There are no updated public data on the magnitude of foreign investment by sectors and industries, which is why it is difficult to know of its capacity for boosting and attraction.

(2) The Castellanos zinc and lead mine in Pinar del Río, whose works were carried out mainly by construction cooperatives, is perhaps one of those magnificent exceptions from which perhaps it would be good to learn.