Cuban-Americans have started exploring other Christmas and New Year’s Eve alternatives such as flights through third countries. The Mérida route, in Yucatán, Mexico, has become a cheaper alternative. 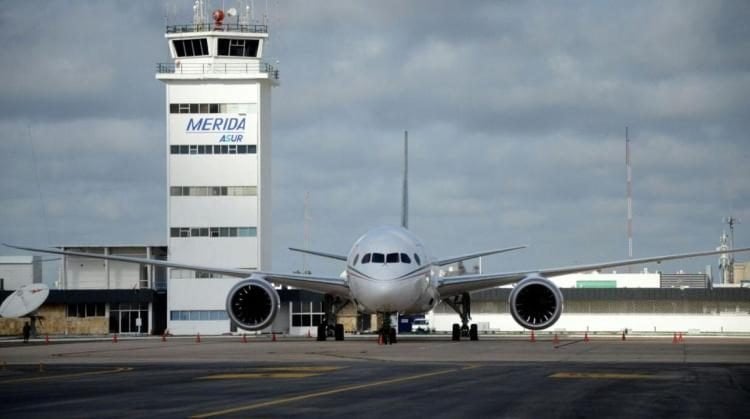 The reduction of flights between the United States and Cuba resulted in airlines from other countries starting to meet those needs mainly focused on the Cuban community in South Florida eager to spend Christmas and New Year’s Eve with their families.

But it is also a kind of return to the origins when flying to Cuba was more difficult, there were barely no charter flights, and many passengers made fun of the restrictions by traveling through third countries, almost always Mexico, Bahamas or Canada. Several employees of travel agencies in Miami have confirmed to OnCuba that they have started seeing an increase in flight reservations to the island in this now recovered modality.

“People are now flying through a Mexican airline that has opened a daily flight from Mérida (in the state of Yucatán, near the western coast of Cuba) to Havana that is cheaper. It takes a little time because they have to travel to Mexico, but it really isn’t that much. The process can take about three hours between flights and the stopover at the airport,” explains María González, an agency employee.

The Mexican airline is Interjet, which until two weeks ago had two weekly flights between Mérida and Havana and has now increased them to one daily. Passengers fly in any U.S. or Mexican airline to Mérida and they transfer to Interjet. According to the airline’s executive, Héctor Navarrete Muñoz, the new flights will give a new dynamism to the Mérida air terminal that until now only had connections with the island through flights that came from Mexico City, but even so receives some 2 million passengers per year in the Caribbean circuits.

“We estimate that this will increase the number of passengers by about 2,000 per week, who can enjoy low-cost fares. Since we started to assess Cuba in 2009, we have transported almost 23,000 people,” he said.

And low cost is the key to this situation. When the Trump administration suspended flights to several Cuban provinces until further notice and concentrated them in Havana, as of December 10, many possible travelers were frightened by a wave of rumors that the prices of charter companies based in Miami were going to skyrocket as well as those of U.S. airlines that continue flying to the Cuban capital.

The rumor was set off when people started checking the websites of airlines and travel agencies and found that prices for the second half of December were extremely high. Actually, what many did not notice, perhaps because they had no way to compare them, is that these prices are common for the high season that coincides with Christmas and New Year’s Eve, according to several travel and tourism industry specialists.

If a flight to Havana from Miami was costing between 200 and 500 dollars, both through commercial airlines and charter flights, in the second week of December they can rise to more than 900 dollars and reach 1,500 or more. But the same happens, for example, on flights to South America or Europe, when prices double.

“The market has always been like this and this has two factors about which passengers often have no knowledge. Prices traditionally soar because there is greater demand. But also because airports increase taxes on ticket sales and the fees they charge airlines. Normally, after that stage, the high season ends and life returns to normal,” says Roger Walter, a tourism industry analyst. That, he emphasizes, “also happens with cruise ships.”

The “panic” was triggered when the Trump administration suspended flights and people rushed in search of tickets to spend Christmas and New Year’s Eve in Cuba and discovered that the trip was too expensive and that, in addition, it is even more expensive if they need to travel inside the country from Havana. It is in this context when airlines such as Interjet appear, having bet on the low-cost market and finding a gold mine in the South Florida market through the Mérida airport.

“What we are doing is, always with the help of the client, to look for a flight in which two prices are combined. The Miami-Mérida one and the Mérida-Havana one. And what we are finding is that it is cheaper than the high season from Miami to Havana. And people buy it,” explains González.

His agency deals with both commercial and charter airlines which is why it is in a good position to speculate about the future. “For the time being I don’t think, I don’t see it that way even commercially speaking, prices are going to go up in relation to what they were before the high season. Everything indicates that they will remain the same,” he says.

There can always be imponderables, which almost always are not generated by airlines, but that airports can raise the costs of taxes and use of their facilities. But, “so far,” there is nothing new in that regard, he says.

Flying through third countries is always a nuisance, but it can be a cheap alternative for those who have not yet organized a flight to Cuba and want to spend Christmas and New Year’s Eve there.