From congresspersons and politicians, to academics and businesspeople have condemned the White House measures against the island. 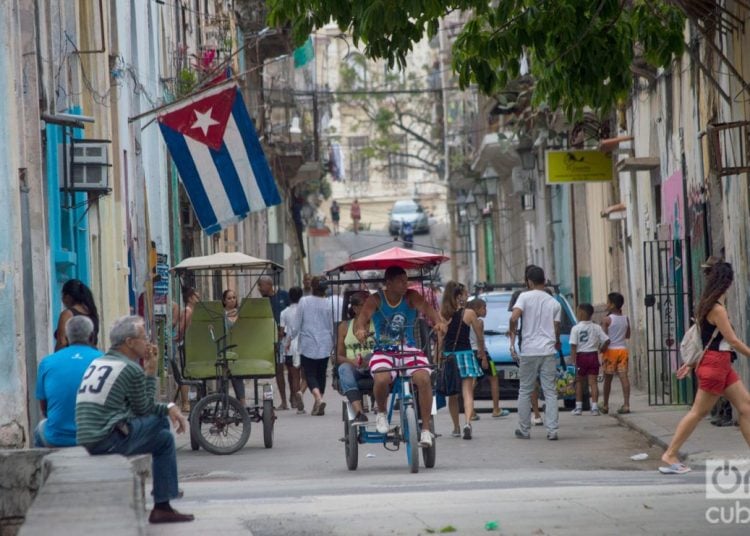 Since on April 17 the total implementation of the Helms-Burton Act and new measures that restrict travel and remittances to Cuba were announced, various voices have rejected the Trump administration’s new policy towards the Island.

Representatives from Canada, Europe and Mexico, as well as U.S. politicians and trade organizations, agreed that it will be the Cuban citizens ―and not the authorities, as the White House points out― who will suffer the most from the restrictions.

Democratic Congressman Jim MacGovern described as “stupid” the announcements made by Secretary of State Mike Pompeo and then repeated by John Bolton in Miami, where the decision to fully implement the Helms-Burton Act was announced.

Meanwhile, former Republican senator for the state of Arizona, Jeff Flake, also disagreed. Flake, who from his position in the Senate promoted initiatives of bilateral rapprochement and visited the island on several occasions, said: “Why limit remittances that provide seed capital for Cuban entrepreneurs and give the Cuban people some modicum of independence from their communist government. This makes no sense.”

Why limit remittances that provide seed capital for Cuban entrepreneurs and give the Cuban people some modicum of independence from their communist government. This makes no sense. https://t.co/LBozQYNj2p

The prestigious U.S. politician and ex-secretary of commerce, the Cuban-American Carlos Gutiérrez, also insisted on the damage that these measures would cause to the Cuban people as well as Washington’s relationship with its main allies.

“The new U.S. policies toward Cuba will discourage investment on the island, punish the Cuban people and impair, further, our relations with our closest allies,” he wrote on Twitter.

For its part, the Cuban private sector, which already is being “punished” with the elimination of the five-year visas to enter the United States, looks back with dismay as the Trump administration closes more doors, this time with the travel to Cuba restriction.

Although the implementation for the first time of Title III of the Helms-Burton Act poses concern to foreign investors in Cuba and the Cuban government in the face of possible lawsuits over expropriated goods, the fact is that several analysts have explained the low probability of success in U.S. courts, as well as how cumbersome and slow the matter is.

However, a sector that would be immediately affected would be both American businesspeople and Cuban private entrepreneurs, as they would lose business opportunities with the prohibition of the flow of American travelers to the island, one of the measures announced by Bolton and still not materializing.

The Chamber of Commerce of the United States completely rejected the implementation of Title III and emphasized in a statement that “Six decades of trying to isolate Cuba has failed to bring change to the island, and today’s move only doubles down on this strategy.”

Airlines and cruise ships can still continue to arrive in Cuba loaded with American passengers, but they are in the forefront of measures that seek to “eliminate underhanded tourism,” in Bolton’s words.

The Norwegian Cruise Line Company, with one of the largest cruise travel operations to Cuba, replied to OnCuba that they are closely monitoring the latest developments between the two nations regarding travel.

“Right now no new regulations have been issued and, consequently, the itineraries of the company that include Cuba as a destination will continue as scheduled,” said the spokesman.

Bolton referred to how communism had to be “unglamorized,” something that according to his speech occurred during the Obama era, when dozens of celebrities traveled to the island.

However, just a few hours after Trump’s national security adviser spoke to the 2506 Brigade, Rihanna tweeted about her participation in a film shot on the Island: “It was the greatest experience being in Cuba, phones off, present with life and art!” and added that it was a “humbling” experience.

Thank you for trusting me with this role! It was the greatest experience being in Cuba, phones off, present with life and art! It was humbling!
I loved watching every second of it!
Go to @PrimeVideo to watch if you haven’t already! https://t.co/JYEUb13EdO

“Love wins in the long run”

Just a few days after a trip to Cuba with his students, Cuban-American teacher Carlos Lazo made a live video on Facebook, where he deeply regretted the decisions of his adopted country.

Cuba is my mother and the United States is my father and I would like them to shake hands, to stop fighting, said Lazo in the video that already has almost 50,000 views.

Lazo, who frequently travels to the island with his students from Seattle, spoke about why limiting American travel to Cuba is an absurd measure and how Cubans from here and there shouldn’t be pitted.

“It could be that the measures will be imposed, probably. Hopefully Trump will hear the millions it will affect,” said Lazo.

“But just as they impose them, someday they will be removed, because the only thing that works in the long run is love. Love always prevails,” said Lazo.

The nonprofit CubaOne Foundation, which helps second-generation Cubans in the United States to learn about their roots in Cuba, published a statement explaining why the new policies are counterproductive and cause more harm than good.

“For us, Cuba is a problem where political parties do not exist, it’s about our families, our community and the Cuban people,” the founders said.

Other organizations, such as Cuban Americans for Engagement (CAFE), Engage Cuba and Cuba Educational Travel, also issued statements of condemnation.