So far, only 25 Title III lawsuits have been filed against 51 companies, some of them included in several legal actions, of which 45.4% are from the United States and the rest from ten different countries, including Cuba. 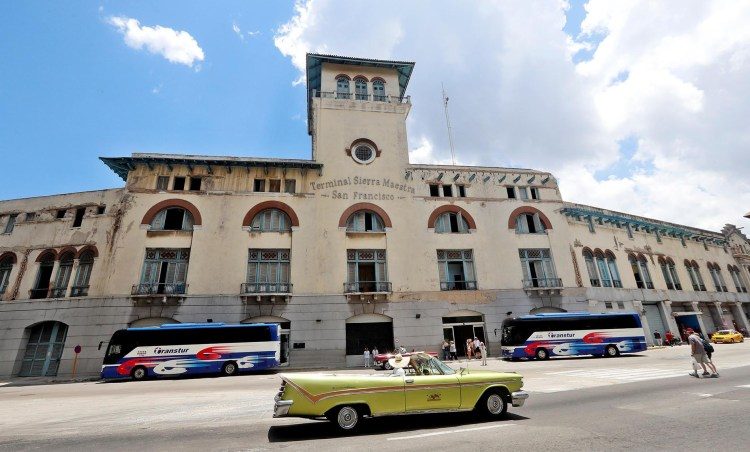 Title III of the Helms-Burton Act, which allows U.S. citizens to sue companies that profit from nationalized properties in Cuba, this Saturday marks its first year in force without an avalanche of lawsuits, but with negative effects on foreign investment on the island.

Amazon, Visa, BBVA, MasterCard, Barceló, Pernod, Meliá, Expedia, Iberostar, Accor, Royal Caribbean, NH Hoteles, Trivago and MSC are some of the more than fifty companies that were initially sued, although some of them have since been excluded for diverse reasons.

So far, only 25 Title III lawsuits have been filed against 51 companies, some of them included in several legal actions, of which 45.4% are from the United States and the rest from ten different countries, including Cuba.

Of the claims, 11.3% are against companies from countries of the European Union and among them the Spanish ones are the most numerous.

These figures are from the U.S.-Cuba Trade and Economic Council, a private entity that has compiled all the information from the first year of its coming into force.

In an anniversary article, the Council wonders if President Donald Trump’s decision to activate Title III has been a “judicial or political” success, but it does not hesitate to say that its effect on Cuba has been “corrosive.”

Title III of the Helms-Burton Act, promulgated in 1996 by Bill Clinton, was suspended until 2019, because successive presidents chose not to have problems with third countries.

However, Trump decided to put that part of the Helms-Burton Act at the service of his heavy-handed policy towards the island and thus Title III took effect on May 2, 2019.

The decision was received with joy by the majority of the Cuban opposition and exile groups, but the echo in the courts has not been as great as expected in this first year.

When Title III went into effect, there was fear of an avalanche of lawsuits, given that before its activation there were almost 6,000 claims certified by the U.S. government of American citizens who had lost property in Cuba as a result of the nationalizations made by the island’s government after the revolution led by Fidel Castro.

However, the high cost of filing lawsuits because of court costs as well as attorneys may have pushed back many of those who could qualify for Title III, who must be U.S. citizens as a first requirement.

The Trade and Economic Council estimates that the lawsuits filed so far have meant more than four million hours of work law firms have charged their clients, 85% of them to the defendants.

Of the 5,913 certified claims for expropriated assets in Cuba worth 1.9 billion dollars, which with interest for more than 60 years would rise to more than 8.5 billion, according to the private entity, only 15% has led to a lawsuit so far.

Of the 25 lawsuits filed, 9 come from that group and the remaining 16 from non-certified claims.

The Carnival cruise company was the first defendant, on May 2, 2019, for the use of port facilities in Cuba that were nationalized after the 1959 revolution.

“Something very disappointing for the Trump Administration” is that the lawsuits against Cuban state companies, which were initially five, have remained in only two (4.5% of the total), says the U.S.-Cuba Trade and Economic Council.

Even so, the entity headed by John Kavulich believes that the activation of Title III has been “corrosive” for Cuba, because it has caused foreign companies to “freeze or abandon” their interests in that country so as not to be involved in lawsuits.

And its influence may still be greater, since, according to the entity, law firms are “recommending to their clients that they wait to see how some or all of the 25 lawsuits are resolved before putting the spotlight on Cuba. Financial institutions have eliminated or reduced their exposure.”