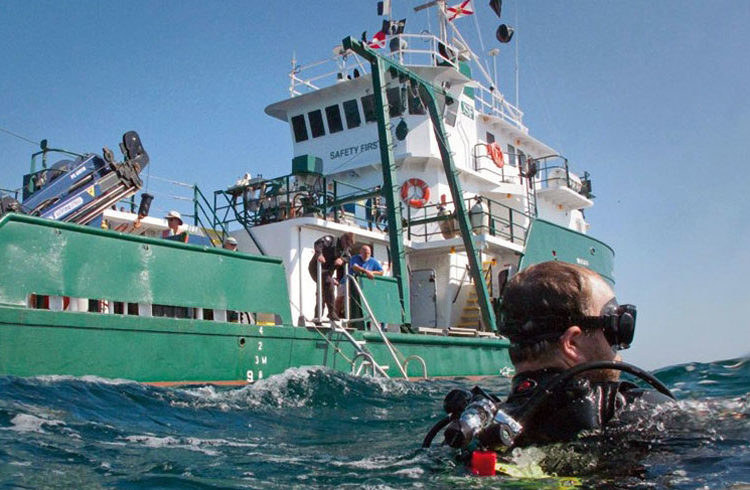 The “R/V Weatherbird II” during its marine studies. Photo: timeshighereducation.com.

U.S. scientists will investigate the state of Cuba’s coastal waters together with Cuban colleagues and students. A team from the Tampa-based University of South Florida (USF) will travel to the island on May 9 on board the R/V Weatherbird II to carry out studies in the face of possible oil spills in the Gulf of Mexico.

According to the Tampa Bay Times, the researchers from the USF Department of Marine Sciences are making measurements around the Gulf to have updated data that will facilitate action in case of an ecological disaster in the area.

The publication points out that one of the biggest problems of the environmental disaster caused by the explosion of the Deepwater Horizon platform operated by the British Petroleum (BP) company in April 2010 was the inexistence of measurements on the conditions of that ocean basin.

USF chemical oceanographer David Hollander who investigated the effects of the BP oil spill, considered the largest in history, commented that the aim of his university’s studies is “to avoid something like that being repeated.”

According to Hollander, the U.S. team is paying special attention to the conditions of the Straits of Florida “because those are the details of the water that enters the Gulf of Mexico.”

This is why, during their studies in Cuba samples will be taken of the waters’ chemical composition and “aspects of the levels of contamination and fishing conditions will be analyzed to compare them to those found in Mexico and U.S. waters,” commented Hollander.

The Cuban government has promoted drilling and prospecting along its coasts, with a reserve of crude estimated in some 20 billion barrels, although without the expected results until now. However, oil prospecting continues among the priorities, through agreements between the state’s Cuba Petroleo Union (CUPET) and foreign companies.

Faced by this scenario, the USF scientists will have the backing of some 30 graduate students, professors and biologists from the University of Havana and the Cuban Fisheries Agency. According to Hollander, the collaboration seeks to “share information about technology.”

In January Cuban and U.S. authorities signed an environment protection agreement for the preparation and response to contamination due to oil spills and that of other dangerous substances in the Gulf of Mexico and the Straits of Florida.

The agreement formed part of the collaboration instruments signed between Washington and Havana during Barack Obama’s mandate, which also included other aspects related to research and the protection of nature like the conservation of Wildlife, Protected Areas and the collaboration in seismological and meteorological matters.

The cooperation between Cuban and U.S. sea researchers has had positive results, like the program for the restoration of the coral reefs of the Florida and Cuban National aquariums. This program seeks to increase the populations of the coral known as Deer Horn in the marine region common to the two countries.

A year after “Furious 8” in Havana