After 12 days, the MINSAP returns and reports a death from COVID-19. 46 autochthonous cases and 10 imported. 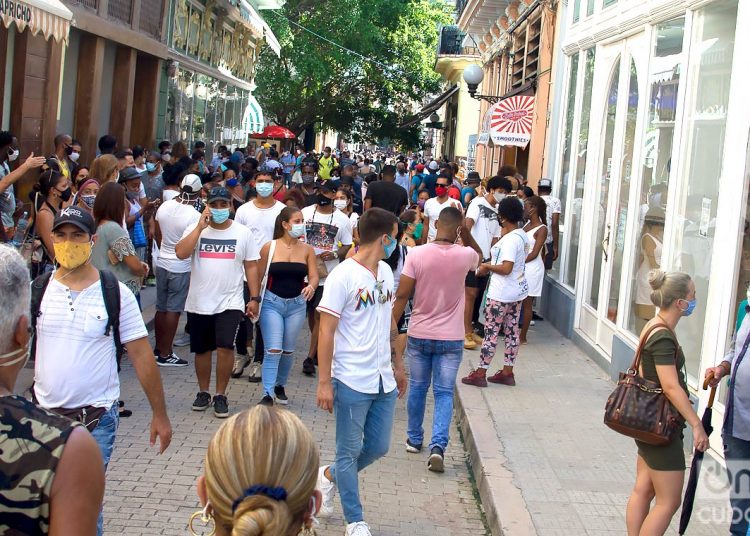 One deceased and 56 new contagions from SARS-CoV-2 is the balance this virus leaves in Cuba today, according to the explanation offered by Dr. Francisco Durán, back on national television to give an update on the epidemiological situation of the island due to the new coronavirus.

Victim number 124 is a 74-year-old woman, resident in the Havana municipality of Marianao, whose evolution is detailed in today’s report by the health authorities.

Regarding the new infections: all correspond to Cubans, 46 were indigenous cases and 10 were imported.

Of the total, 40 were related to confirmed cases, a group in which there has been a change in protocol, according to Dr. Durán, national director of epidemiology of the Ministry of Public Health (MINSAP): “Contacts of confirmed and suspected cases are isolated at home.”

In three individuals the source of infection is not specified.

The ten imported cases, although they do not reveal a local transmission, are registered in the provinces of Guantánamo (three cases), Camagüey (two), Granma (two), the special municipality of Isla de la Juventud (one), Holguín (one) and Santiago de Cuba (one).

Taking into account the incidence rate, the provinces with the “greatest epidemiological complexity” are Sancti Spíritus and Ciego de Ávila, with rates of 35.84 and 20.82 per 100,000 inhabitants, respectively.

“In Havana there has been a significant reduction. Also in Guane, Pinar del Río, the situation has been complex,” added the specialist.

As of early morning yesterday, 2,062 people were hospitalized and the number of patients in intensive care had dropped to five.

Yesterday, 7,592 samples were taken to detect the virus, in a day with different results from the “behavior we had been having,” according to Dr. Durán.