Churches of Cuba and U.S. ask Trump to lift embargo in face of coronavirus

“We request the government of the United States to immediately lift the economic, financial and commercial blockade that for more than 60 years has been imposed on Cuba as well as on other nations.” 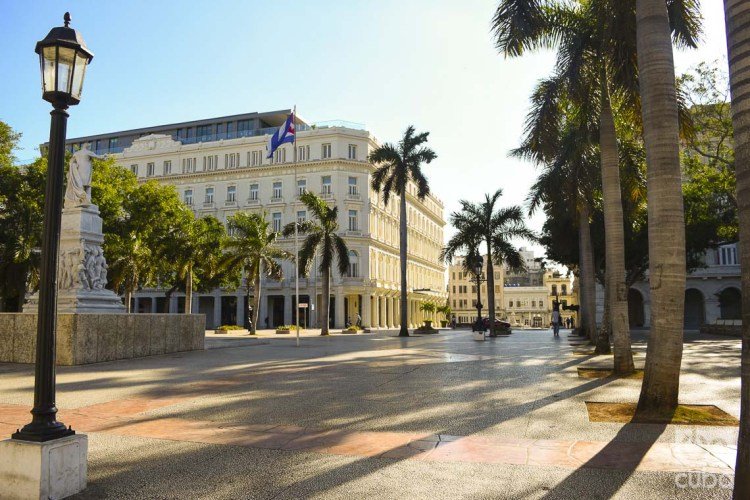 The Central Park in Havana, empty during these days of coronavirus. Photos: Otmaro Rodríguez.

Churches in Cuba and the United States have joined in a petition to the United States government to lift the financial and commercial embargo on the country in the face of the crisis caused by the global pandemic of the coronavirus causing the COVID-19 disease.

“We request the Government of the United States to immediately lift the economic, financial and commercial blockade that for more than 60 years has been imposed on Cuba as well as on other nations,” the Cuban Council of Churches and its U.S. counterpart requested in a statement released this Sunday.

They also asked that “all manipulation and use of political and economic interests stop” in the face of the current global humanitarian crisis, exacerbated and made visible by the COVID-19 pandemic.

They also extended their call to the international ecumenical movement, to all churches and religions in the United States itself and the world, to governments, to the United Nations, and to all people of good will, to join the effort for a global petition for the “immediate” lifting of the “blockade,” as that Washington policy is called in Cuba.

The Cuban and U.S. Councils of Churches also declare themselves in favor of ceasing all sanctions on any country or region, considering that these “genocidal” policies slow down and limit the global response to the coronavirus pandemic.

They recall that the current humanitarian crisis that the world is experiencing caused by the coronavirus occurs a few days before Easter 2020 (April 5-11), Christianity’s most important celebration.

This week, the Cuban-American teacher Carlos Lazo in the United States launched an online campaign that also asks the president of that nation, Donald Trump, to lift economic restrictions on Cuba, tightened by his administration, while the coronavirus epidemic lasts.

This petition, backed by more than 8,500 signatures, considers that the embargo measures established by the United States against Cuba prevent the island from acquiring medical equipment, food and medicine, and advocates that Washington “extend a friendly and solidary hand to the Cuban people.”

Five years after the historic announcement of the diplomatic “thaw,” Cuba and the United States are going through one of the lowest stages in their bilateral relations, in which the government of President Trump has dismantled the rapprochement to the island that his predecessor, Barack Obama, had promoted.

The escalation of tensions has been increasing in the last three years as the U.S. has strengthened not only the rhetoric, but also the 60-year embargo with new sanctions that have had a harsh impact on the Cuban economy, and especially on the tourism industry and the trips of Americans to the Caribbean country.