Scientific research indicates that rising sea levels could cause the disappearance of more than 14,100 homes located in coastal communities, which would imply the displacement of around 41,300 people in the next 30 years. 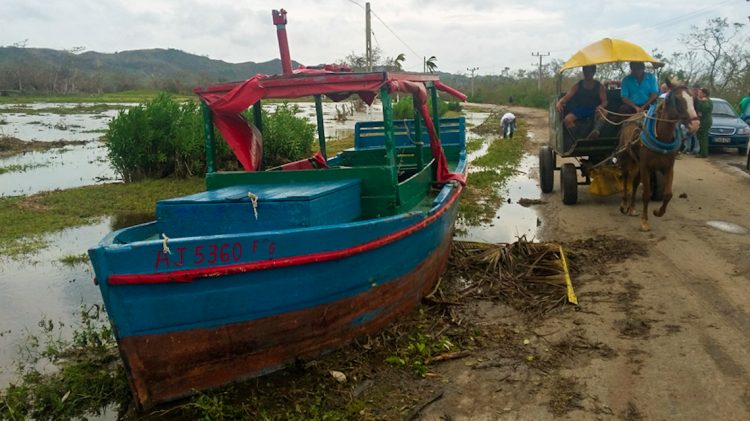 A study on climate change carried out by Cuban scientists estimates that at least 14 human settlements would disappear by 2050 in Cuba, while another 100 would suffer partial damages.

Scientific research indicates that rising sea levels could cause the disappearance of more than 14,100 homes located in coastal communities, which would imply the displacement of around 41,300 people in the next 30 years.

For the study, the scientists used data compiled by the island’s meteorological stations of coastal areas, located in Cayo Coco, Cabo Lucrecia (Holguín) and Punta de Maisí (Guantánamo), according to MSc. Orlando Córdova, quoted by the newspaper Invasor.

Other instruments used in the methodology were the synoptic maps of the surface level and General Weather Conditions of the Cuban Institute of Meteorology, and the database on tropical cyclones of the United States National Hurricane Center, located in Miami.

The researchers were able to calculate how far the sea would advance in the event of flooding caused by strong winds in four Cuban coastal settlements: Punta Alegre, in the province of Ciego de Ávila; Playa La Herradura, in Las Tunas; and the renowned Gibara, in Holguín, and Baracoa, in Guantánamo.

According to the study, a light penetration of the sea in Punta Alegre, for example, would reach 50 meters inland, while a moderate one would reach 100 meters and a strong one would exceed that distance.

According to investigations carried out by Córdova, the Ciego de Avila town suffered a coastal flood caused by a continental air mass that accompanied a moderate cold front in February 2015; the sea advanced about 30 meters back then.

Two years later, the passage of Hurricane Irma caused a strong flood that led to considerable material damage. After the storm, small and medium-sized boats appeared 100 meters from the shoreline, on dry land, the source recalls.

Cuba has a government plan to deal with climate change, known as Tarea Vida, as part of which studies are carried out and various actions are being carried out to minimize the impact of natural disasters on the island.