The data is not good, not even when the day’s discharges involve 647 people. Hospitalized patients number almost 10,000, while in intensive care cases increased to 51. 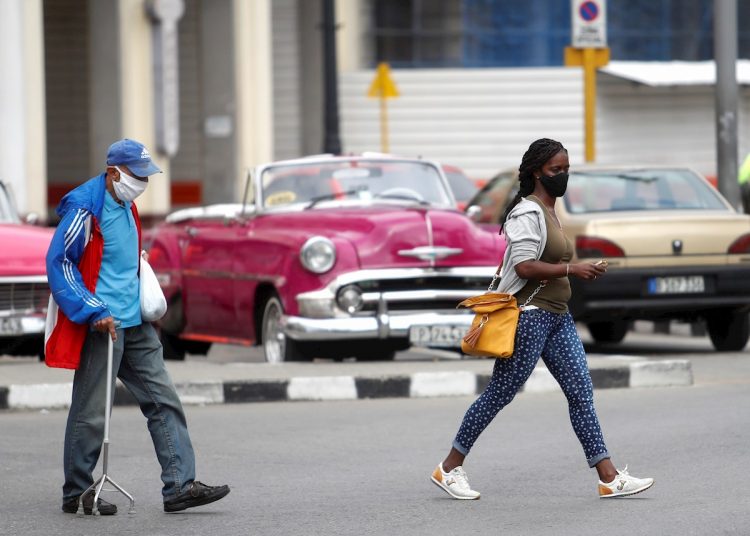 Three women died yesterday, the most recent effect of the SARS-CoV-2 virus in Cuba according to the Ministry of Public Health (MINSAP). One of them was 32 years old, and lived in the Havana municipality of Marianao. The other two, over 60, were from Diez de Octubre, in Havana, and Santa Clara.

After the new record of fatalities, now the death toll from COVID-19 stands at 197 on the island, where the lethality rate from the pandemic is 0.9%.

The data is not good, not even when the day’s discharges involve 647 people. Hospitalized patients number almost 10,000, while in intensive care cases increased to 51: 19 in critical condition and 32 in serious condition. Two of them are minors, a five-year-old girl and a seven-month-old child.

The new infections, meanwhile, totaled 567; a high figure, although it was almost 70 less than those of Saturday, when the second highest record was established since March.

Of the total positive cases for the new coronavirus diagnosed until midnight on Sunday, 542 are due to autochthonous transmission: 511 are contacts of confirmed cases, in 31 individuals the source of infection is not identified and 25 acquired the virus abroad.

The countries that continue to influence this point, notably decreased since restrictions on the entry of international travelers started being applied, have been the United States, Russia, and France. Today the MINSAP also notified of 13 foreigners carrying the new coronavirus.

The territories with a more alarming situation are headed by Havana, with 169 infections, most of them autochthonous. It is followed by Santiago de Cuba (115 cases), Guantánamo (79), Pinar del Río (49), Matanzas (25) and Villa Clara (25).

But, all the provincial health authorities identified cases in their territories, despite the fact that Havana, Guantánamo and Ciego de Ávila, with five, three and two municipalities respectively, are the regions with a more complex situation, according to the information provided daily by the MINSAP.

Of the 567 cases, 43.7% were asymptomatic and for their diagnosis 15,159 tests were processed in 18 laboratories distributed throughout the nation.