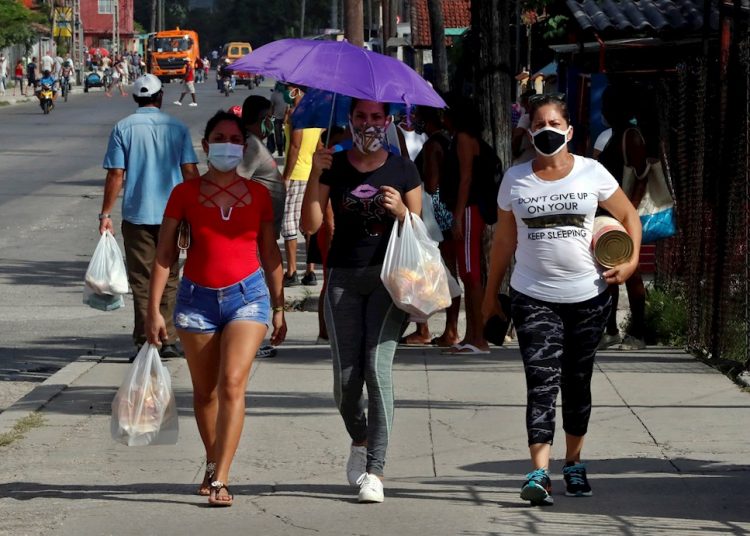 With the two deaths reported today by the Ministry of Public Health (MINSAP), the number of deaths due to the SARS-CoV-2 virus in Cuba has reached one hundred.

The victims: an 85-year-old man residing in San Cristóbal municipality, Artemisa, and an 87-year-old woman, from Cotorro, Havana. The involution of both patients during their stay in intensive care due to COVID-19 is explained in the report.

With this figure, the pandemic’s fatality rate for the island stands at 2.37%, while in the region it is 3.48% and in the world, 3.33%, according to Dr. Francisco Durán in his appearance before the press.

The new contagions, meanwhile, rose to 88, of which 87 correspond to Cubans and one to a foreigner, a 44-year-old Mexican resident in the Havana municipality of Playa. All infections were autochthonous.

Of today’s total, 77 were contacts of confirmed cases and in 11 individuals the source of infection is not specified.

47 men, 41 women and 63 were asymptomatic at the time of their diagnosis.

The provinces that registered contagions this time were Havana, with 69 cases; followed by Artemisa, with 14, and Ciego de Ávila, with five.

By age group, the largest number of patients is concentrated between 40-60 years, with 31 cases. It is followed by those from 20 to 39 years, with 27 cases, and those under 20, with 16. In the over 60 group, 14 people were diagnosed with the new coronavirus.

1,346 people were under surveillance in hospitals at dawn on September 2.