On a regulation that provides for the inclusion, recognition and acceptance of all forms of relationships that enhance human dignity. 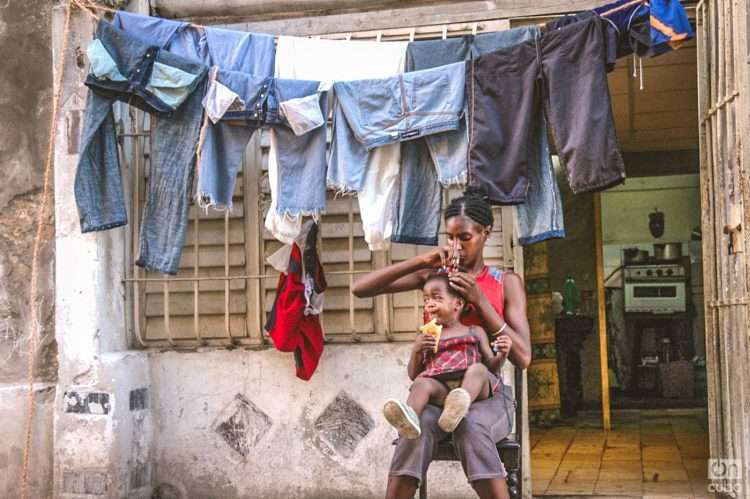 It is not yet the time, properly speaking, of the popular consultation on the Family Code. However, it crossed the Rubicon. Since the Cuban government decided to make the contents of the draft law public, controversy, dialogue and campaigns for or against have been advanced. There is no way back. It was a matter of waiting, any sign that appeared would be a reason to expand on various views, rehearsed more than two years ago, around Article 68, during the constitutional debate process.

The process in question reveals interesting nuances: the duality between conservative thought and progressive thought (present in any social sphere); between tradition and up-to-date justice; the tension between old orders and understandings and the emergence of new imaginaries, behaviors and institutions; the controversy between natural forms and historical forms of family institution; the existence of a political organization with divergent projects. The interpretation and positioning of these dualities must be assumed from essential variables such as rights, social relationships, common sense and ways of doing politics.

Initially, the controversy over the new family proposal surrounded same-sex marriage. It seemed that in this particular, the entire viability of the new Law was defined. With the publication of the draft, the pitch was opened. Issues such as parental responsibility versus parental authority; solidarity gestation, adoption by any type of union, the comprehensive sexual education program, and progressive autonomy, put more content and tension in the positive process of creating a regulation that resembles who we are and what we decide to be.

One question, among other possible ones, integrates many of these issues and is a forum for conflicting positions: who has the right, authority and education of children? Phrases like “I’m in charge of my children”; “I’m the mother,” “I do what I want with my children,” “a spanking doesn’t harm,” show the open challenge to a law that advocates rights, duties and affections. Common sense is the defining political terrain for this dispute.

Is this a law against the traditions that limit development, personal growth, freedoms, self-esteem and well-being? Enunciating responsibility and affections as the basis for the family bond in general, and the parental bond in particular, is a point to take into account. This law advances the principle that children are not the possession of their mothers and fathers, but that, above all, they are subjects of law, which constitutes a condition of parental duties and rights.

On the other hand, the system of values, understandings of the world, ties and social relations, is not the exclusive domain of families. Society is a diverse, wide-ranging school, where values ​​coexist and are reproduced that, in the case that concerns us, also concern the links with sexuality. There will be no possible freedom without a basis in knowledge, and it is the duty of all societies to educate in the understanding of the human wealth that lives in diversity and the rights that sustain it.

Educating in sexuality is educating in freedom, in dignified relationships between diverse people. It is to critically assume the historicity that affirms that “we are all equal, but some of us are more equal than others.” It is to assume that educators are also educated and that the process of raising awareness conditions all possible social, cultural and political transformation.

This regulation allows us to debate about quality and not about the patterns of our family relationships. Dignifying contents, of respect, communication, law and protection. Contents that challenge unworthy treatment, exclusion, violence, lack of protection. It is a regulation that, far from closing or imposing molds, that far from enhancing or prioritizing one form of bond over another, provides for the inclusion, recognition and acceptance of all forms of relationship that enhance human dignity.

The controversy over the Family Code encourages, on the one hand, the enhancement of the legal culture and the culture of debate. On the other hand, it assumes as practice the exercise of politics for the conformation of the regulation. It is an opportunity for a broad educational process that integrates human values, rights and citizen ties.

But none of that will be possible if access to divergent public debates and campaigns is not expanded. Conditions to enable citizens to subsequently exercise a conscious, free and secret vote. It is necessary that the population that will exercise its right to vote, and that today finds opinions and positions dispersed regarding the Code, access all the views, arguments and take sides on them.

Faced with this need, an important challenge lies in the approved methodology to organize the popular consultation. It is to be hoped that it is not a summation of personal opinions, but a moment of reflection and collective construction. Some generating questions for this process could be: How much does the new Code benefit or harm my family? What does this law represent in my daily life? Which of my own family conflicts does it help to resolve or which does it leave unanswered? What rights does it grant me or what privileges does it limit me? What demands does it place on my family ties? What understandings about family invites me to move?

It has become clear that, when we say Cuba, not all of us speak of the same country. There are many Cubas that coexist on the island, many possible Cubas. Let us then assume the Family Code as a reason to push the country we want. Thinking of ourselves and giving ourselves better conditions for family life is not a minor thing in this endeavor. A family of equality, shared power, democratic communication, mutual freedoms, cooperation, dignity and self-esteem bodes well for improving the country that we deserve.