Resolution 139/2021, published in the Gaceta Oficial, includes requisites for the slaughter of cattle such as proper registration and the obligation to maintain the herd’s growth. 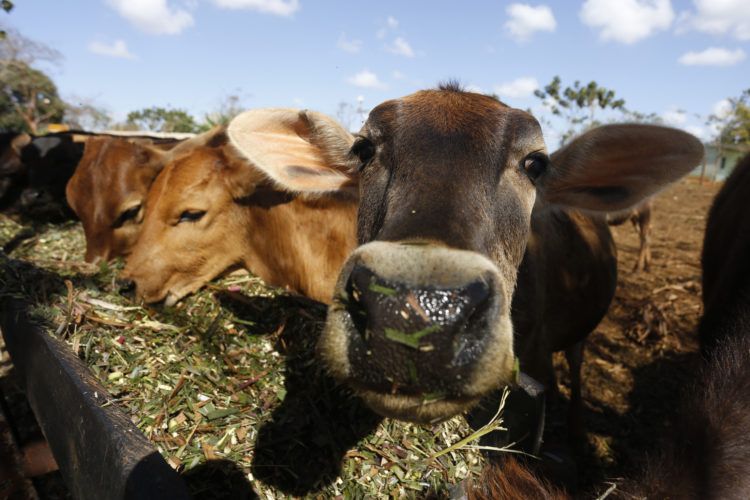 Cuba authorized this Wednesday the sale and consumption of beef, milk and by-products in stores in local currency and in dollars, as well as in other establishments, provided that the cattle farmers sell to the State a stipulated quota of their production.

Resolution 139/2021, published in the Gaceta Oficial, includes requisites for the slaughter of cattle such as proper registration and the obligation to maintain the herd’s growth, according to the state Agencia Cubana de Noticias (ACN) news agency.

The government announced last April that farmers would be able to market the surpluses in the production of beef, milk and by-products, a measure that came in the midst of a severe food shortage on the island.

This decision is part of a package of 63 measures approved last April to “boost food production,” a priority at this time in Cuba, where almost all food supplies are scarce.

The State will continue to buy the liter of cow’s milk from producers at 7.5 Cuban pesos (30 cents at the official exchange rate) and at 9 pesos (37 cents) when they “meet or exceed the monthly delivery plan to the industry,” according to what was announced at that time.

Farmers and ranchers could only sell their products to the state collection company at prices set by the state, which generated dissatisfaction due to delays in payments or non-compliance with collection by the entity.

The agency also pointed out that sales can be made “in slaughterhouses; specialized network approved by municipal governments; tourism entities; network of stores; market in freely convertible currency; Mariel Special Development Zone; and other authorized destinations.”

High food prices and difficult access to them due to shortages have been a popular concern for many years in Cuba, and the situation has worsened in the last year due to the coronavirus pandemic and the tightening of the U.S. embargo.

Cuba imports more than 80% of the food it consumes, which represents an annual expenditure of 2 billion dollars, according to official data. In the case of beef, the Penal Code penalizes the illegal slaughter and sale of cattle, as well as those who buy it with penalties ranging from 3 to 10 years in prison.

More than half of the local agricultural production is in the hands of the non-state sector that has 66% of the land cultivated, said Cuban economist Omar Everleny.

The reorganization of the agricultural sector to increase food production, a matter considered of “national security,” is part of the economic reforms promoted in 2011 by former Cuban President Raúl Castro.