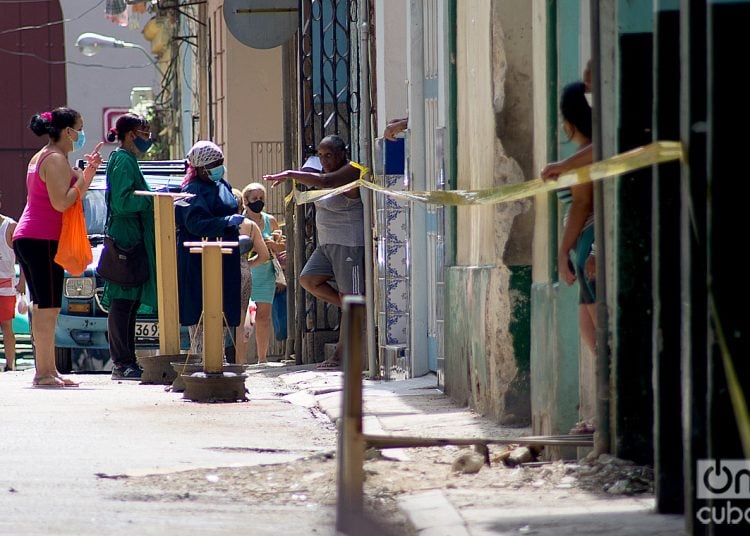 The SARS-CoV-2 virus caused 1,060 infections and seven deaths in Cuba this Wednesday. The death toll now stands at 701; of these, 47 have been reported in the first five days of May, according to the report issued by the Ministry of Public Health (MINSAP).

In addition, the report marks an increase in the number of patients in intensive care: 120. Of that number, 48 were in critical condition and 72 in serious condition. This is the highest figure reported to date.

Meanwhile, the deceased correspond to six women and one man, aged between 55 and 80 years and residing in Havana, Holguín and Matanzas.

Of the day’s cases, 1,025 were due to autochthonous transmission, 1,000 were contacts of confirmed cases, and imported cases decreased to 35: they are due to 34 Cuban travelers from Russia and one from Colombia.

In addition, 33 foreigners tested positive for the virus: 25 Congolese and five Angolans whose infection is from indigenous transmission. The MINSAP also reported three Russians, who, according to Dr. Durán, were imported cases.

On the contrary, Ciego de Ávila was the only territory with less than ten, not counting the special municipality of Isla de la Juventud, which did not register infections.

Cuba increased its incidence rate in the last 15 days to 138 per 100,000 inhabitants, and Havana, Mayabeque and Matanzas have the highest rates.

Twelve of the capital’s municipalities have 13 active events and concentrate 40.2% of the transmission in this period.

The MINSAP yesterday reported 1,097 discharges and 22,818 processed samples, in a report that includes the data of 21,253 hospitalized patients and 5,448 confirmed active cases.