It is in the hands of the Cuban State to design public policies that are structural in nature and direct attention to the deformations of our internal functioning logic. 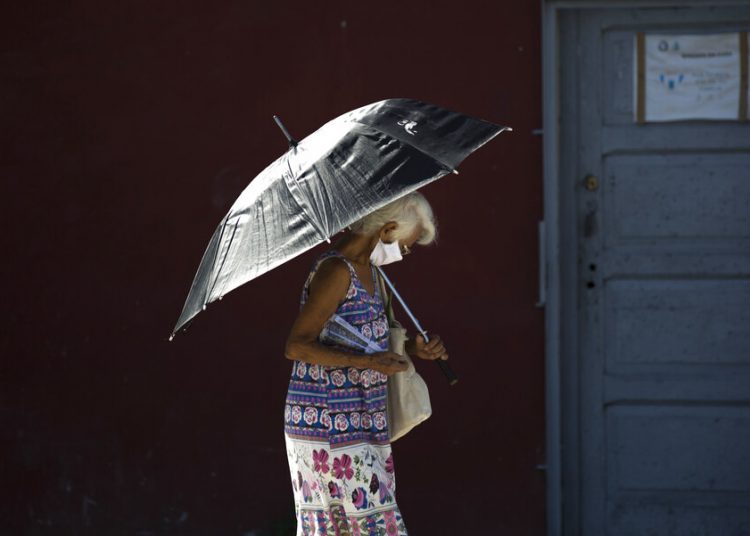 The Cuban government announced last July 16 a group of emerging economic measures that would be taken to alleviate the acute economic crisis facing the country. It is worth remembering that this crisis is influenced by three elements:

Many of these measures responded to long-standing complaints from groups of professionals from various branches, including economists, about the need to expand economic diversification options to increase investment, production, consumption, and national employment options.

In what time can we expect results from the proposed measures?

Most of these measures will require a time frame that exceeds the short term and will take time to evaluate their results.

Of the nine announced by Minister Alejandro Gil and expanded in later days by the Cuban press, those of a monetary nature would have an immediate impact in the economic sense, but also in the social sense. In addition to the elimination of the levy imposed on the dollar, the opening of stores was announced to sell high- and mid-range items in foreign currency. The objective is the collection of international currencies, whose underlying economic logic is similar to that of a corralito banking—the country will not sell currencies to individuals and will avoid the exit of these currencies outside the island—, while banking only admits the use of currencies in the country through cards specially designed for this. The divided reactions in popular opinion between support and discomfort are understandable. In the same way that the crisis of the 1990s led to the partial dollarization of the economy, whose impact on inequity was not long in coming, this measure will have a similar effect of exacerbating the already existing social inequalities in Cuba.

The social cost imposed by this measure must be calibrated and balanced appropriately to avoid a deeper gap between social groups with access to foreign exchange and people who don’t have that possibility.

What elements should be considered?

The first thing to consider to avoid a greater inequality gap would be that, in effect, the products of the stores in international currencies would have been of med- and high range. Reality showed that necessary food products, not available in any other currency, were put up for sale in this network of stores. Had the former been done, the logic of maintaining the supply in stores in CUC and CUP of the prioritized basic products could perhaps have been guaranteed. But nothing is simple in economics.

If the country does not have foreign exchange to operate in international markets, it can’t make purchases of consumer goods for sale in foreign exchange stores and stores in national currencies. Simplifying very complex processes, if the proceeds from these stores are invested mainly in the import of basic consumer goods to guarantee the next commercial cycle of those same stores, and repeat the spending loop, the state would be operating only as a reseller, one more intermediary in a buying and selling process. If it is reinvested in means of capital to boost sectors of the economy, the return will possibly only be seen in the medium or long term. What I mean by this is that there is no simple way out, and this is an economic problem with multiple edges.

This leads us to a third option related to the previous one: The restructuring of the domestic market through adjustments in the private and cooperative national and foreign enterprise and the state enterprise.

Steps have already been taken, at least they have been announced, on the adjustments to be made in the national private enterprise. The elimination of the list of authorized activities for private work by Cuban citizens is undoubtedly an important sign of progress. However, caution is necessary. In our quest to solve a problem, we can’t introduce more economic, financial and social distortions that are difficult to address and correct in the future if it is not done from the beginning. Respect for labor rights is one of them, and the correction of social inequities, another.

The fact that Cuba has been living with profound territorial, economic and social inequalities for 30 years doesn’t mean that they have to be maintained or deepened. International currency stores impose two levels of inequities. The most obvious is that associated with social stratification resulting from access to this type of international currency, not available to all Cubans. However, this measure also deepens territorial inequities. Some areas, especially urban ones, concentrate a higher number of people with access to these currencies and exhibit higher living standards. On the other hand, these stores are few and require in many cases that the distances to travel to access them be significant. The latter is particularly sensitive in the midst of a pandemic that limits mobility.

How to correct inequities?

One way of correcting inequities can be through local development projects that adequately use the potential of the regions, and are integrated into local, state, cooperative, and private micro, small and medium enterprises. But that entails a readjustment of the state-owned enterprise and the territorial governments, imposes the need to review the scope and limits of the different levels of government management and grant a certain margin of decision to state-owned enterprises and local governments. Without this, any project can be doomed.

These policies converge with the collection of international currencies. A business and productive framework designed from the bottom up, and not imposed from the top down, can relieve the national State of a significant financial burden in the future that will free up foreign exchange that can be used in prioritized activities in the country, such as maintaining and improving health and education services and maintain prioritized social programs and even increase salary levels in the state sector. The results are not immediate, but at some point measures will have to be implemented to help correct both the structural deformations of the economy and inequities.

What has happened so far with the stores in freely convertible currency?

The way in which the collection of foreign exchange with these stores has been conceived is already facing difficulties and they are still in their first month. The United States concentrates 81% of Cuban emigrants, and yet it is more difficult, if not impossible, for residents in that country to send money through the use of AIS cards. FINCIMEX, the Cuban financial company that acts as a link between the recipient of the remittance in Cuba and the sender, is among the Cuban companies listed as restricted by the United States Department of State. Recently, it was news that the French Crédit Mutuel Bank, through which FINCIMEX operated, had refused to continue carrying out transactions for this financial company due to threats received by the United States. This week, FINCIMEX announced that the issuance of new cards was suspended until further notice because “The increase in demand has exceeded our capacity to import certain inputs.”

Again the high demand and the U.S. blockade surprised the country. Given this scenario, many of us wonder how the increase in applications was not anticipated in a country with an emigrant population of 1,654,684, which represents 14.59% of the population. A study by Haeffele S. and Hobson A.L of 20191 places remittances to Cuba in the order of between 2 or 3 billion dollars a year. In 2015, for example, they were estimated at a total of 6.85 billion dollars. If these are known data, it could be minimally calculated that many of the people receiving remittances would constitute potential claimants of these cards. As an initial deposit is not required, it was possible to foresee that many more, especially those who provide services to international tourists, for example, would also go to open their account in foreign currencies. It was foreseeable that if the products for sale in those stores were not high-end, but also basic need products, such as food, not available in stores which sell in CUC and CUP, Cubans without access to international currency would request their cards and go to the informal market to acquire them and thus finance their access to these products. These accounts also have some peculiarities, such as that they don’t accrue interest, which already transforms these cards into means of payment, exclusively, with limited circulation in the economy. In other words, these cards are a third currency circulating in the country, whose main exchange rate is being established by Cuba’s informal foreign exchange market.

Considering the above, and the country’s urgent need to collect foreign currency, payment options in freely convertible currencies, or foreign currencies, that don’t require the use of cards whose uninterrupted issuance is not guaranteed, can be suggested. Virtual payment methods could be explored, for example. Or we could go back to traditional cash payments, even if they don’t guarantee the retention of the desired amount of foreign currency. The announcement that the Cuban State would not sell foreign currency has two impacts. First, the CUC loses its convertibility in the economy, its raison d’être. The natural thing is the transit towards its elimination. That would leave us with the Cuban peso as the national currency, with an exchange rate established against foreign currency. It can be, say, 25 CUP for every dollar. Second, the prices of dollars and international currencies have skyrocketed in the informal Cuban market.

The existence of these stores has also added a new informal market. Those with foreign currency cards provide a purchasing service for third parties that is charged in CUC with an exchange rate ranging from 1.20 to 1.50 CUC for every dollar. But all this is only the manifestation of a phenomenon of shortage of supplied goods. The shortage of supply is the result of an economic crisis that, although aggravated by circumstances, is not new, nor is it temporary. Foreign currency stores are a “transitory” monetary measure, but for how long. Experience tells us that our crises are not exactly transitory, and in order to attract foreign exchange by other methods, such as increased exports, international tourism, bank loans, foreign investments, we lack time and correction of many of the distortions of our “real economy” and international adjustments that will not be immediate.

The first thing that must be understood is that the definitive solution to the current Cuban monetary scenario passes through the monetary, but it is not monetary. Neither is it in the hands of the Cuban State to change the extreme conditions of economic crisis resulting from the COVID-19 pandemic, nor is it in its hands to solve the problems directly derived from the U.S. embargo/blockade. The crisis that brought us here and that forces us to take measures of this kind is structural, chronic and undoubtedly aggravated by these two factors. Now, there is a third party that we can try to correct. It is in the hands of the Cuban State to design public policies that are structural in nature and direct attention to the deformations of our internal functioning logic. Solutions to structural crises cannot be found by scratching the surface, but must be sought by delving into the causes that generate and worsen them.

Cuba reports one death and only 17 new COVID-19 cases

Experts: monetary unification is necessary, but not sufficient, to update the Cuban economy