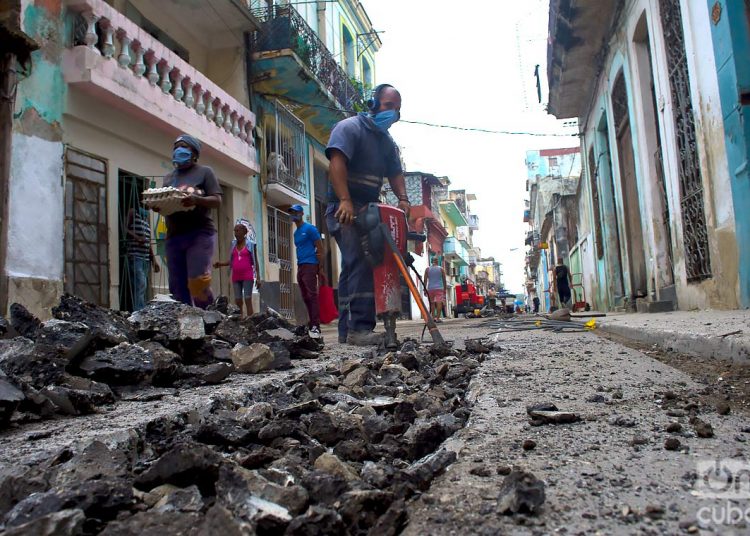 In economics, a social science, there are rules and mechanisms that, if not used at the required time, result in many effects on society in general. Many times ideas previously pointed out by economists are put into practice only when the situation is urgent and no more solutions are in sight, and not infrequently it is shown that they were valid.

Economists make their proposals based on what they have learned; policy makers also propose ideas; politicians propose and implement. They rarely coincide and, of course, they don’t have to coincide in everything. But what the managers may not want to understand is that there is always a political time, and that time was pressing in Cuba.

Consequently, a strong injection was already needed for concrete results, not just efforts. What was expressed on July 16 by the Cuban leaders in the Mesa Redonda television program gives the necessary encouragement and oxygen to the situation the Cuban economy had been facing and is still facing.

The critical situation of the lack of foreign exchange, the expected decrease of 8% of the economy in 2020, the continuous shortages of food and the shameful blockade to which the country is subjected, indicated the urgent need in decision-making.

A few months ago, in a work published by the IPS agency and by OnCuba, a brief inventory was made of measures that could give the population a breather and encourage those inactive productive forces present in Cuba. It was also reflected on whether or not they would be aligned with what the authorities were thinking. Today it could be said that these ideas were not so far away, since some of those that had been proposed on that occasion were mentioned in the program. They were the following:

Deputy Prime Minister and Minister of Economy Alejandro Gil reflected on the domestic trade system: “work is being done to design a wholesale market with offers in freely convertible currency, both for the productive base and for the non-state sector.” He also announced the forthcoming opening of a group of retail stores that would sell in foreign currencies.

Although the measure was explained by the authorities and there is already controversy about it, there is nothing new here. It’s just going back to the 1993-2004 period. The State has to accept that there is a process of dollarization of the economy, beneficial to obtain these currencies, but which at the same time finds criticism from broad sectors of the population, who perceive their low wages in CUP. These attitudes are logical.

What is stated in the strategy in the sense of starting the “design of micro, small and medium-sized enterprises, always adjusted to our conditions and not exclusive to the private sector,” constitutes a crucial step to develop the small private Cuban industry and certain services.

What was interesting and at the same time very pragmatic of the new measures was the elimination, as of July 20, of the 10% tax that had been applied to the USDs that entered the banking system. As the authorities say, this decision comes amid an intensification of the blockade and the hostility of the United States government towards Cuba. A few months ago, in that same Mesa Redonda, it was stated that it could not be suppressed for the same reason.

Without going into details about the principles of the strategy announced this Friday, some such as central planning must be deepened. So far it has guided the progress of the Cuban economy and the results have been negative or not expected in terms of economic growth, macroeconomic imbalances and increased debt, among other indicators.

These principles are laudable according to the country’s economic model, but must be translated into concrete results. What the Cuban president announced must be realized: we cannot continue doing the same in the economy. And I wonder: should we keep thinking about how to do it? Isn’t it about time to recognize a path more successful than ours, the one taken by Vietnam?

“Banishing the importing mentality,” an idea already repeated during the last meetings of the Executive Committee of the Council of Ministers, does not indicate that this mentality will be resolved quickly. Meanwhile, the manufacturing industry has not been assigned the amounts of investments necessary to curb the decapitalization it is suffering.

An analysis of investments during the last five years shows that tourism and other services have received the highest volumes. Therefore, this issue is more will than reality, unless the next plan to be approved is in the direction of improving national production based on the allocation of more investments.

Domestic demand plays a dynamic role in any economy, just take a look at China, how it tries to get around its economy in the post-COVID-19 stage. Economist Mauricio de Miranda recently said: “the concept of demand should not be confused with that of need. In Cuba, the general scarcity of essential goods for modern life is combined with insufficient solvent demand from most of society, simply because the majority of the population’s income is not sufficient to ensure the consumption of a basic food basket and adequate services for the conditions of modern life.”

Many issues were outlined in the authorities’ presentations, but to continue commenting on what has been stated does not make sense if what the proposals consist of, nor the time to put them into practice, have still not been specifically explained.

It is only known that the next measures are in line with strengthening the productive forces, attracting foreign exchange in the hands of part of the population, removing obstacles and impediments to the operation of entities and giving autonomy, among others. Although the need to avoid monopolies is mentioned, they are not only in agriculture.

The solution to the problem of multiplicity of currencies and exchange rates also continues to expand. It’s a propitious moment to remove from circulation the battered CUC, and to pass those stores that will still be out of the rationed circuit to the CUP. At the end of the day it is the currency in which national wages are expressed.

In conclusion, it is premature to venture the results of the new measures, although as a whole they are valid and a necessary vehicle to break the deadlock. If they are oriented with the new philosophy of doing things differently, they can lead the country to a new economic moment where all citizens win and can see the concrete results of their daily work.

After a day with no COVID-19 positive cases, Cuba reports three new infections, from Havana and Artemisa

After several days of calm, the new cases of COVID-19 in Cuba rise to 13