The material aid must be handed over in a donation center in the Cuban capital, while monetary donations can be made in banking institutions. 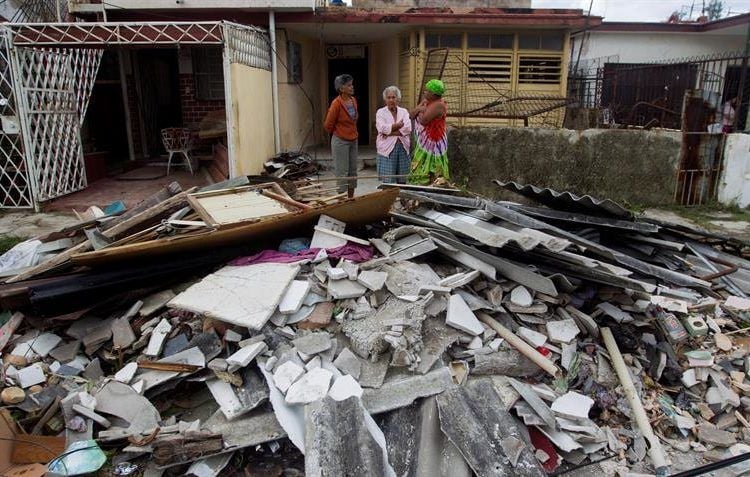 Damages caused in a house in Havana by the intense tornado of January 27, 2019. Photo: EFE.

The government of Havana activated mechanisms for the collection of donations, after the devastating tornado that affected several municipalities of the city on January 27.

Tatiana Viera, vice president of the Provincial Assembly of the Cuban capital, told the daily Granma that the temporary group of the territory’s Defense Council ̶ formed to deal with the damages caused by the meteorological phenomenon ̶ “agreed that individuals and legal entities in and outside the country can make donations for the victims.”

Viera explained that in the case of material aid, those interested in donating “must present themselves, during working hours, in the warehouse of the donation center located in the Libertad School City, in front of the rector’s office of the University of Pedagogical Sciences,” in the Havanan municipality of Marianao.

There, she said, they will fill out “the standard documents” and will be informed of “their contribution’s destination.”

If the contribution is monetary, donors should follow other channels. Donations in Cuban pesos (CUP) “can be made in any branch of the Metropolitan Bank,” in the account created for the 500th anniversary of Havana and clarifying that it is for those affected by the tornado.

For any other currency, Granma affirms, “what is established is to go to a branch of the Banco Financiero Internacional and point out that the deposit is going to the Giraldilla banking unit in Havana.”

The vice president of Havana’s Assembly said that those who opt for this modality will receive “daily account statements.”

The donations collected through this means will be sent to the municipal governments, in charge of their distribution “according to priorities.”

However, beyond the state mechanisms, many people and organizations inside and outside the island have mobilized to collect donations and personally deliver the aid to ensure that their contribution reaches the neediest.

Artists, cultural institutions and private businesses are organizing collections and charity events to raise funds, clothes, shoes and imperishable food for those affected.

In addition, several Internet users and well-known figures have asked the Cuban government to lift or reduce customs taxes on aid sent by private donors.

Díaz-Canel promises Canadian tourists peace, sunshine and "the truth of the facts"