Under the slogan “All rights for all people,” the days’ activities will take place mainly on virtual platforms due to the COVID-19 pandemic, just like last year, and has as a context the transformations envisaged in the legal reorganization of the country, in line with the Constitution enacted in 2019 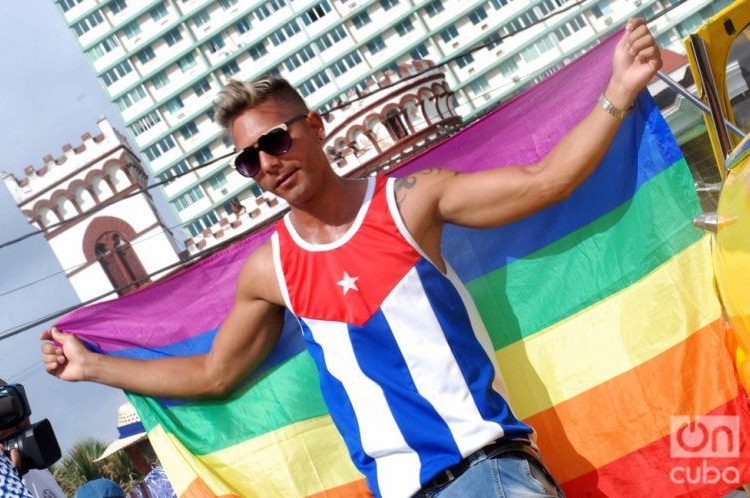 The 14th edition of the days against homophobia and transphobia in Cuba began this Tuesday and will run throughout the month of May with a wide program of activities, according to its organizers.

Under the slogan “All rights for all people,” the days’ activities will take place mainly on virtual platforms due to the COVID-19 pandemic, just like last year, and has as a context the transformations envisaged in the legal reorganization of the country, in line with the Constitution enacted in 2019, officials of the National Center for Sex Education (CENESEX) pointed out at a press conference.

In this sense, the drafting of a new Family Code stands out. Once this code’s drafting commission, which was recently announced, finishes its work it must be taken to a referendum for approval. It should include same-sex marriage, an issue that generated controversy during popular debates on the current Magna Carta, and a plural and inclusive conception of the family as a social institution, among other claims of the LGTBI community that will be addressed in the actions of the following days.

“The activities of the days seek to contextualize the process of updating the legal system based on the enactment of the new Constitution, and particularly the norms that will develop the constitutionally foreseen contents, associated with sexual rights related to sexual orientation and gender identity,” said MSc. Manuel Vázquez Seijido, deputy director of CENESEX.

Vázquez Seijido assured that these activities are part of the educational process that must accompany the legal transformations previewed to contribute to the “recognition and guarantee of sexual rights” and the fight against “all types of discrimination based on sexual orientation and gender identity.”

Among the actions that make up the days’ program, he highlighted two forum debates on the myths around homo-affective families and couples and the advances and main challenges related to sexual rights in Cuba. Also, a panel on diverse families and non-hegemonic life stories, which will include people who have built families outside of heteronormativity; another panel on the National Program for the Advancement of Women and the opportunities it entails to confront homophobia and transphobia, and a third on religious fundamentalisms and non-heteronormative gender identities.

In addition, there will be book presentations, a discussion on inclusive communication, a virtual meeting of activists, numerous communication actions and, although the pandemic again prevents the expected in-site march from taking place, the now-traditional gala against homophobia and transphobia will be held, which they hope to broadcast on national television.

For her part, Dr. Mariela Castro Espín, director of CENESEX, commented that the initiative that has been developed since 2008—and whose official name is Cuban Days Against Homophobia and Transphobia—will be based on the experience of last year in the virtual space, so it has been organized “with greater clarity about its scope and possibilities,” and she stressed that it will “emphasize the space for academic exchange, socialization of scientific results, and activism, to help raise awareness in society.”

Castro Espín affirmed that her center “has worked intensely to position the issues of the rights of LGTBI persons on the Cuban political agenda” and said that neither the Constitution nor the legal norms are sufficient to guarantee these rights if they are not accompanied by concrete actions.

“The letter of the law does not transform by itself, it transforms all the actions that are covered by that law, and that is precisely part of our work: not only influencing the political actions and strategies that are developed, but also the creation of awareness and the transformation of knowledge, in such a way that the usual prejudices regarding families, their rights, the recognition of their different types are not continued, and that heterosexual people are not the only ones who have the widely recognized rights, but that all people in the field of sexual and gender diversity can have access to the same legal protection,” said the daughter of former President Raúl Castro.

The director of CENESEX, who is a member of the commission in charge of the final drafting of the Family Code, said she felt “very hopeful” that this code would have “the approval of the majority of the people and give rise to the recognition and guarantee of diversity of families that exist in our country,” and that with this the “yes” is finally given to same-sex marriage and other demands of the Cuban LGTBI community.

“I am sure that we are going to achieve it and we are going to celebrate it,” said the also deputy to the National Assembly of People’s Power, who calculated that this historic approval could be achieved in less than two years. Castro Espín asserted that although the health context caused by COVID-19 complicates the process and can hinder popular consultation mechanisms on this norm, “the legislative agenda is not going to stop” and the commission “is going to continue working with the same commitment.”