Until last May 3, the Cuban capital registered 377 deaths as a result of the infectious disease, to which should be added another six reported in the city at the close of this Tuesday. 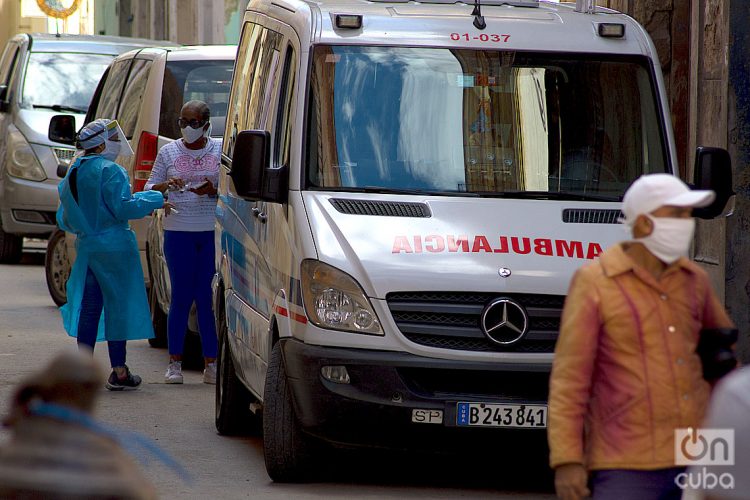 Health personnel in Havana, during the outbreak of COVID-19 in the first months of 2021. Photo: Otmaro Rodríguez.

Havana regrets to date close to 400 deaths from COVID-19 since the beginning of the pandemic, according to a local press publication.

Until last May 3, the Cuban capital registered 377 deaths as a result of the infectious disease, according to Tribuna de La Habana, which until then registered 166 female and 211 male deaths.

To this figure should be added the six deaths reported in the city at the close of this Tuesday, three men and three women, according to the most recent report issued by the island’s Ministry of Public Health. With them, Havana’s death toll from COVID-19 stands at 383.

The publication, which is accompanied by an infographic, indicates that the largest number of the deceased are in the 70-79 year-olds and 80 or more age groups, and that the fatal outcome of the patients has been mainly influenced by the antecedents of diseases suffered by the patients at the time of testing positive for SARS-CoV-2.

“The most frequent pathologies in the diagnosis of positive cases of the new coronavirus are arterial hypertension, diabetes mellitus, ischemic heart disease, lung disease, among others that adversely affect their health status and evolution of the disease,” says Tribuna de La Habana.

According to the media, in Havana “more than 30% of the deceased have presented two of the diseases; more than 25% have suffered three and about 16% have had four illnesses as their antecedents,” which, it pointed out, “makes it necessary to redouble the established health measures and protocols.”

According to the publication’s count, the most lethal territories are Centro Habana (43), Habana del Este (34) and Boyeros (33), while those that report the least amount of deaths are La Lisa (13). Cotorro (12) and Regla (8). However, Tribuna de La Habana warns that in the 15 Havana municipalities “there is a high level of contagion of COVID-19.”

The newspaper attributes this scenario to “the evolution of SARS-CoV-2 and many people’s lack of risk perception,” which, it says, “has caused a considerable increase in daily cases in the city.” As a way to counteract this situation, it called for “complying with hygienic-sanitary measures as the most important alternative to preserve our health” and affirmed that “the race for life must be won by all.”

The Cuban capital has been the epicenter of the disease on the island practically throughout the entire pandemic, and its cases and deaths have particularly skyrocketed during the current outbreak in the country. According to the statistics published this Wednesday by the COVID Cuba Data site, Havana registered 55,792 detected infections, 49.97% of the 111,654 positive cases reported so far in the country.