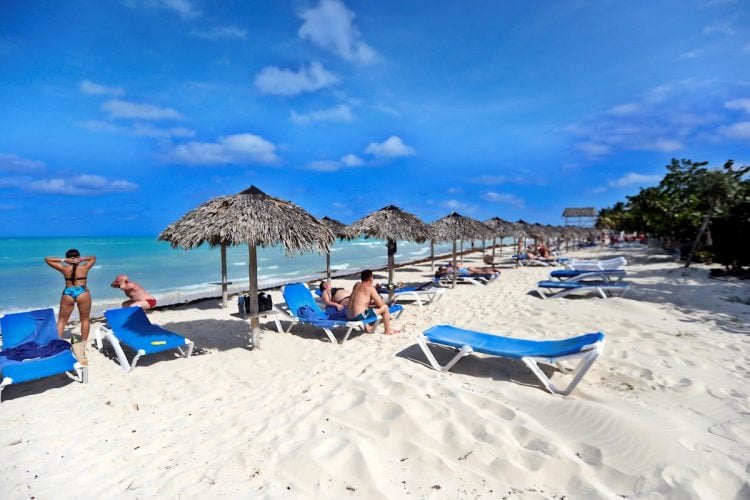 The growth expectations of the Cuban economy in 2022 rest on a growth in the arrival of tourists to the island. Photo: Ernesto Mastracusa/EFE.

The Cuban authorities defined tourism’s current situation on the island as a process with a “gradual recovery trend,” analyzing that in the first quarter of this year 313,908 foreign tourists were received in the country, according to official data released this Tuesday.

In March alone, 128,159 international visitors arrived on the Caribbean island (the figure includes business trips and for personal reasons), well above the 12,552 registered in the same month of 2021, says a dispatch from the EFE news agency.

“Each month of this year there has been growth, compared to the previous one and April also indicates that it will be better than March,” said Minister of Economy and Planning Alejandro Gil, during a meeting of the Council of Ministers, whose review was published by official media. on the island.

During the first four months of 2021, 64,712 foreign tourists traveled to Cuba, just 6% of the 983,099 who did so in the same stage of 2020, according to Cuba’s National Office of Statistics and Information (ONEI), the Spanish news agency pointed out.

ONEI data used by EFE indicates that 573,944 international travelers visited Cuba throughout last year, which represented a decrease of 60% compared to 2020.

The Cuban economy would receive 1.b59 million dollars if it achieves the goal set by the government of 2.5 million visitors in 2022, EFE specified.

The Caribbean country, dependent on income from tourism, reopened its borders in mid-November after the forced closure due to the pandemic.

This sector represents the second largest item of the Gross Domestic Product (GDP) and its second largest source of foreign exchange earnings, according to the most up-to-date official data.

Cuba is going through a severe economic crisis due to the impact of the COVID-19 pandemic, the tightening of U.S. economic sanctions and the little effect of some of the measures taken by the government to update the country’s centralized economic model.

Other issues included in the National Plan for Economic and Social Development until 2030 were also analyzed at the ministerial meeting, “a roadmap of the main measures to guarantee compliance with the objectives and goals,” according to a report in the official newspaper Granma.

Another aspect to which special attention was devoted during the meeting was associated with the decentralization of competencies based on greater autonomy of the municipalities, the media said.

Minister Gil also referred to the housing construction program, cargo transportation, the investment process, retail commercial circulation and the execution of the State Budget, in which there is a surplus, which is fundamentally associated with expenses that haven’t been able to be executed due to a lack of materials, Granma specified.

To comply with the strategy, the official pointed out that it is still necessary to increase the country’s foreign exchange earnings, comply with the export plan, the gradual recovery of tourism, price control to combat the inflationary effect, and prioritized attention to communities and people in vulnerable situations.