The island’s public health minister, José Ángel Portal, affirmed that the Cuban government "has not ceased for a moment in the efforts and procedures" for the safe return of the doctors and that up until now "nobody has requested any kind of condition or ransom in exchange for the release" of the collaborators. 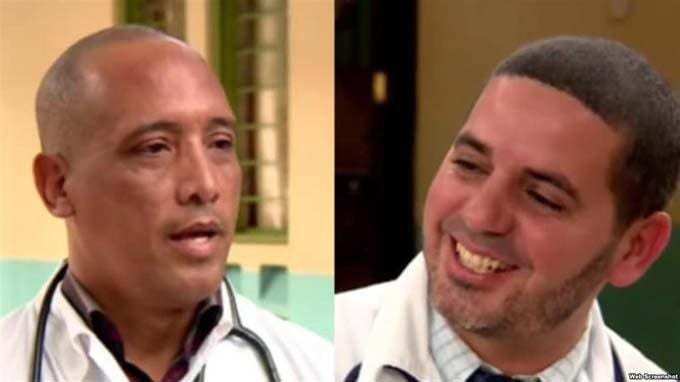 The Cuban doctors kidnapped in Kenya last April are still alive, according to the island’s minister of public health, José Ángel Portal.

Portal said this Friday that the Kenyan authorities have assured that doctors Landy Rodríguez and Assel Herrera are still alive and that “all possible actions” are being carried out for their safe return.

He also affirmed that the Cuban government “has not ceased for a moment in the efforts and procedures” to achieve this purpose, according to the Cuban website Cubadebate.

He explained that as part of the negotiations Cuban President Miguel Diaz-Canel has spoken twice on the phone with his counterparts in Kenya, Uhuru Kenyatta, and Somalia, Abdullahi Mohammed, something that the president himself reported on his Twitter account.

He also explained that other Cuban officials, such as First Vice President Salvador Valdés Mesa, Foreign Minister Bruno Rodríguez and himself, have maintained a “permanent dialogue” with authorities of both African countries as part of the case’s follow-up.

The minister informed that the doctors’ release is “a complex process” and that “it takes time and as much discretion as possible, so that the steps and actions taken can be successful and the doctors can return without problems.”

Similarly, he said that so far no one has requested any kind of condition or ransom in exchange for the release of Rodriguez and Herrera, “despite some press reports that appeared and then were denied.”

Thus he denied reports of publications such as the Kenyan daily Citizen Digital, which claimed that the Somali Al-Shabaab jihadist group, which allegedly is keeping the doctors hostage, demanded a ransom of 1.5 million dollars for the doctors’ release.

The Kenyan government has said it will not pay any ransom, since it is not part of “that country’s government policy.”

The collaborators were captured on April 12 by alleged members of Al-Shabaab when they were going to the Mandera Hospital escorted in a local government car. One of the policemen who accompanied them died in the assault.

After the kidnapping, which occurred in the Kenyan region of Mandera, other doctors from the island who were working in areas bordering Somalia were relocated to safe places.

Rodríguez, a surgeon from the Cuban province of Villa Clara, and Herrera, a specialist in Integral General Medicine of Las Tunas, are part of a contingent of 100 Cuban doctors who arrived last year in Kenya under an agreement signed between the two countries to improve access to specialized medical services in the African nation.

Once the kidnapping was known, the Cuban government established contacts with its peers in Kenya and Somalia and created a working group to follow up on the case.

In addition, Kenyan and Somali elders have interceded on behalf of the doctors, but still without results. According to a previous report from them, the kidnapped doctors were treating the community “in a restricted environment.”

See here all OnCuba coverage on the subject.