San Cristóbal was one of the districts most affected by the passage of Tropical Storm Laura. There is also circulation of the virus and very little perception of risk in the population, according to local authorities. 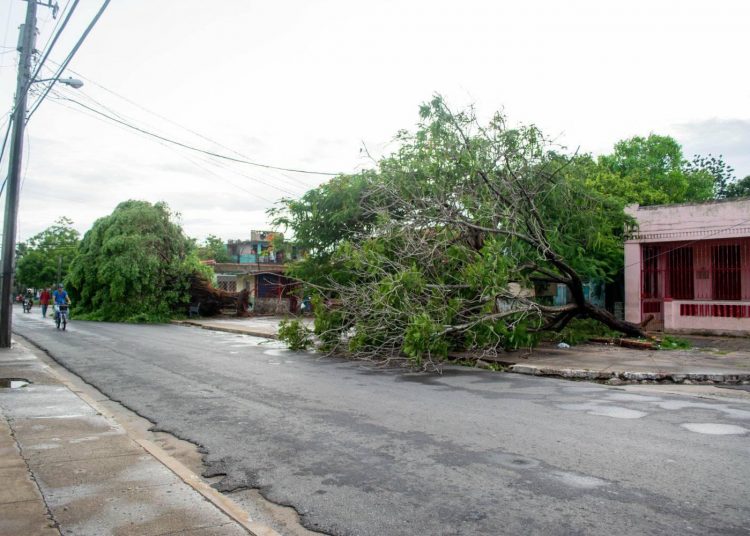 An outbreak of COVID-19 in the San Cristóbal municipality, in Artemisa, set off the alarms of the authorities of that province after having controlled the coronavirus transmission events in Bauta and Baracoa.

Five of the new cases confirmed this Monday reside there, to which are added two other patients diagnosed this Sunday with the disease, reported the Agencia Cubana de Noticias news agency.

“This is a chain generated by the first positive case’s relationship with Havana,” explained the head of the public health subgroup of the Provincial Defense Council, Yanelis Amador.

Amador pointed out that there is concern with the appearance of positive cases with no direct link with confirmed cases or with workers of the Mariel Construction and Assembly Company (ECM), in which a local transmission event was opened, which shows that the virus is circulating in the municipality and there is very little perception of risk in the population.

She specified that San Cristóbal has a total of 27 confirmed cases, 13 of the last 23 have links with the event of the ECM construction company, which operates in the Mariel Special Development Zone (ZEDM).

San Cristóbal was one of the districts most affected by the passage of Tropical Storm Laura.

The governor of Artemisa, Ricardo Rodríguez, said that during a tour carried out to evaluate the consequences of the impact of the cyclone in that municipality, he observed many people in the streets, without respecting the distancing and not wearing a mask.

Rodríguez ordered that movement restriction measures be increased to stop the spread of the disease, in addition to deepening epidemiological surveys to reach all cases in the chains of contagion.

The events in Bauta and Baracoa have not reported COVID-19 positive cases for 16 days, the source pointed out.

Although yesterday the new infections by the SARS-CoV-2 Virus in Cuba dropped to 15, the last day was marked by the death of an 80-year-old woman resident in 10 de Octubre, in Havana.

According to Dr. Francisco Durán, the 92nd victim of the pandemic on the island was asymptomatic when hospitalized due to being related to a confirmed case and was already diagnosed in intensive care, where she spent more than 15 days. The rest of the details are in yesterday’s report.