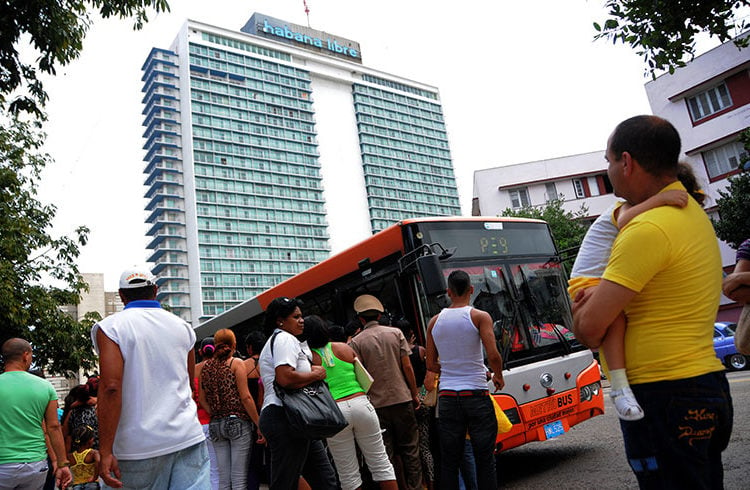 The 246 projects are divided among the Special Development Zone Mariel and sectors such as tourism, industry, transport, mining, and pharmaceutical and biotechnology industries / Photo: Roberto Ruiz.

The estimated amount is of 8.7 billion dollars for 246 projects, which are divided among the Special Development Zone Mariel and the agricultural, forestry and food, sugar, energy, trade, tourism, health, industry, transportation, construction , mining sectors, and pharmaceutical and biotechnology industries. In these numbers are not included business are already in the process of handling.

Each project has a page with the description, type of investment, the Cuban side, the approximate amount, location and contacts. The overall document also includes the benefits of investing in Cuba, the arrangements and the legal regime of foreign investment, international agreements related to her, current numbers of businesses on the island, interesting facts about each area, the approved sector policies and a summary of the tax system.

The minister explained that the portfolio is not a list made by the government, but all proposals have been submitted by Cuban companies, depending on their interests and needs to get linked to foreign capital.

The initiatives are distributed throughout the country, but are mostly concentrated in the provinces of Artemisa, Havana, Ciego de Avila, Camaguey, Holguin, Cienfuegos, Sancti Spiritus, Villa Clara and Matanzas. Most of them have feasibility studies, which facilitates the foreign entrepreneur some basic knowledge at the time of undertaking the investment.

“We see this portfolio as a first step, it is not a document written in stone. Tomorrow another project may appear, and that is not on portfolio does not mean you cannot negotiate it, “said Malmierca, noting that the updated of the document will be made annually.

The second portfolio will look more specifically to establish complete production chains between different areas. “Perhaps the greatest weakness of this first effort this kind of linkages are not enough promoted and they are very necessary for our economy,” he said.

He also stressed that contact with foreign companies is an important link to promote foreign investment. “Governments can do much to create a favorable scenario, but ultimately the businesses have to be done by companies.”

Malmierca valued foreign participation as an active and essential element for the growth of certain areas. “We have always been talking about foreign investment was a complement to national efforts, perhaps global economy is going to remain like that, but in some areas we are acknowledging it a critical role.”

Among the advantages for foreign investors, the official mentioned the good relations of the country at regional and international level, as a member of the World Trade Organization, the Latin American Integration Association (LAIA), ALBA, Caricom, Mercosur, besides prospects of understanding with the European Union. “We think from that point of view we also favor the business environment in Cuba.”